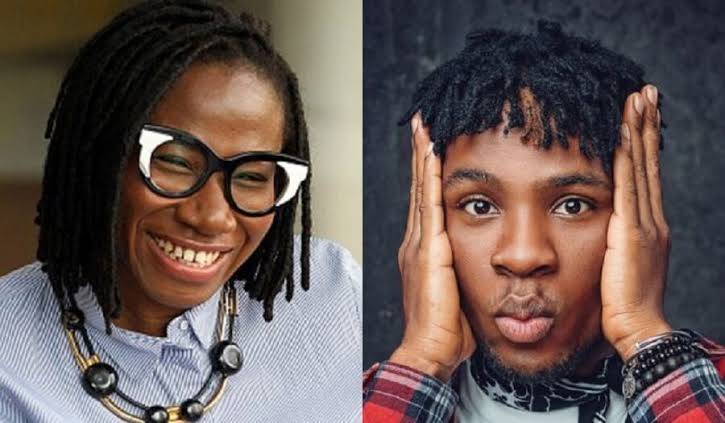 The lawsuit, initially filed by the France-based singer, comes a month after the song was released.

The lawsuit, initially filed by the France-based singer, comes a month after the song was released.

It came to the fore after he shared a copy of the legal notice on his Instagram stories and challenged Asa to make good her threat.

He wrote: “Cos I dey always do love and light you think sey I will be swilled bet meat. You said I have 24 hours; it’s been 48hours, do something.”

Asa, in a legal notice filed on her behalf by her solicitors on 30 September, is demanding N300 million.

The notice read in part, “We at this moment demand that you immediately remove the song from all DSPs and any other platform within 24 hours of your receipt of this letter, with a written apology issued to our client, as well as halt any additional infringements of our composition including any other infringements.”

Interestingly both parties are not going head to head or posting anything on their official social media handles.

However, the legal notice was brought to the public through a post Joeboy made on Instagram, which has since been deleted.

On Monday, he reacted on Instagram, taunting Asa by saying, “you said I have 24 hours; it’s been 48 hours. Do something.”

In a second post, he wrote, “Cos I dey always do love and light, you think to say, I will be soft meat.”

In the letter of notice, Asa claimed the single infringed on the copyright of a musical composition she created in a recording session on 22 September, with Tempoe in attendance at the said session.

Tempoe produced Joeboy’s ‘Contour’, and Asa claims the producer was also present in her recording sessions when he heard that sound and sampled it on ‘Contour’.

Music Journalist Joey Akan, on Twitter, alleged that Asa is suing Tempoe for a beat she did not pay for.

He wrote, “Tempoe is suing Asa mainly for his production on IDG and anotheTemplerd. Asa is suing Joeboy for a beat Tempoe worked on for her, but she reportedly didn’t use or pay for it, but Joeboy did. Tempoe got his injunction and brought down her music. Let’s see if she gets hers t, oo.”

The Beginning (Fire on the mountain)

Earlier this year, Tempoe sued Asa and P.prime over copyright issues, which resulted in Asa yanking her song with Wizkid, IDG, and another titled Love Me or Give Me Red Wine off her ‘V’ album.

Tempoe got a court injunction and had the songs taken off DSPs. He claimed he initially made the beats for those records, but after he and Asa failed to conclude financially and she went to P.prime to reproduce the beats.

As of press time, the ‘Contour’ is still on Apple and Spotify streaming platforms.

Davido at 30: Defining moments of his 11-year-music career