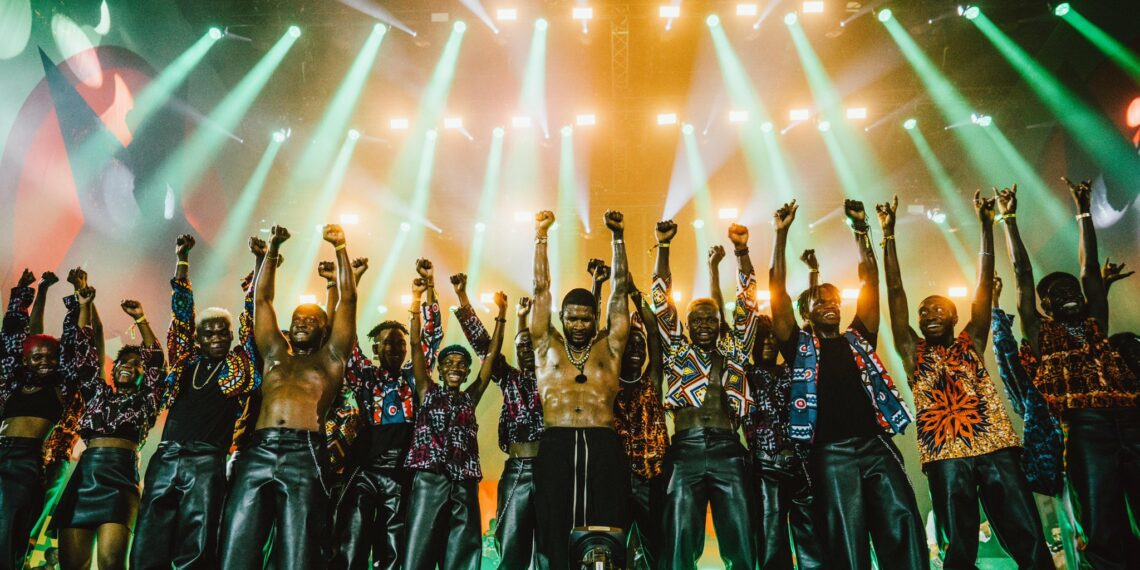 On the other hand, Oxlade, Tiwa Savage and Pheel joined American R’n’B superstar Usher Raymond on stage in a night to remember.

The annual Global Citizen Festival seeks to bring together people of the world, artistes and world leaders to ‘Take Action’ on the plan that focuses on empowering girls, children and women, defending the planet and creating change.

The 20,000-capacity Black Star Square Accra Ghana was home to the Festival, which started with an opening speech by the President of Ghana, Nana Akufo-Addo, who encouraged his citizens to stay on the path of patriotism and support causes that seek to sustain the future.

However, his co-performing of his 2022 hit single ‘KU LO SA’ got the crowd gyrating to his song.

The Festival also took place on the same day at Central Park’s Great Lawn in New York City, with the Jonas Brothers, Mariah Carey, Charlie Puth, and a host of others thrilling the fans in the United States.

Aside from Oxlade, who performed on stage, the event saw Pheel, the Nigerian producer turned hit artiste, also called to serve his hit single alongside Usher.

Ghanaian-British rapper Stormzy and Rapper Sarkodie stepped up their lyrical prowess with their back-to-back hit songs.

Ghanaian sensation, Gyakie, delivered enthralling acts when she got on the stage to sing for the attendees.

In a magnificent entrance, dancehall musician Stonebwoy made it to the arena on a horse before mounting the stage to delight the fans with his music.

The Global Citizen Festival marked a decade on Saturday. The campaign targeted at ending poverty announced it received $800 million.

The funds are dedicated to ‘end extreme poverty now.’

$1.6 billion, as reported by the European Commission and Canada, was also raised as part of the seventh replenishment of the Global Fund to Fight AIDS, Tuberculosis, and Malaria on 21 September.

In addition to the announcement, five companies signed on to the UN-led Race to Zero initiative to reach net-zero emissions by 2050.

With this funding, more than US$440 million was earmarked exclusively for initiatives to end extreme poverty on the African continent.

US President Joe Biden, in a video address, said, “It’s great to join you on the 10th year of this Global Citizen Festival; thank you for building this movement and making big things happen.”.

From around the world, messages of support were received by President Biden and the First Lady, Jill, President of France Emmanuel Macron, Prime Minister of Spain Pedro Sánchez and other top world leaders.