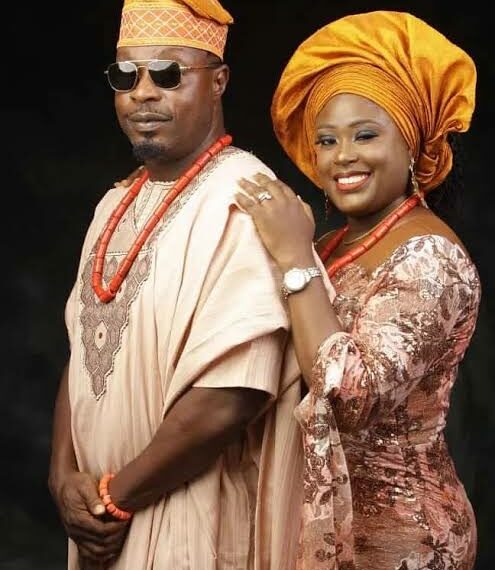 The musician went public with his kidney ailment in July.

The musician, who went public with his kidney ailment in July, revealed this at Freedom Vibes 6.0, a colloquium organised in his honour at Freedom Park, Lagos.

Eedris, 48, said: “I am shouting to my wife. I’m talking about the first time we went to see our doctor; the doctor said they don’t encourage kidney harvesting, selling of kidneys and all that, that the donor has to be a family member, a friend, you know; whether your daughter or your brother or your son, you know”.

“So right there, my wife decided to take all the tests, and from all the tests she took, everything came out positive that she was compatible with me. So I’m giving God the glory and thank God that I don’t have to wait for one year or two years because I know it’s not easy”.

It is the first time the outspoken singer would confirm the identity of his kidney donor.

Eedris wedded his wife in 2003; they have three children together.

Until recently, his wife had managed to maintain a low profile despite being married to a celebrity.

The singer, who joined the event via zoom, didn’t look like his typical self but managed to give an impressive speech.

READ ALSO: World Kidney Day: 10 signs you could be having Kidney disease

How I discovered Eedris – Kenny Ogungbe

At the occasion, other personalities, including the Kennis FM CEO, Kenny Ogungbe, revealed how he discovered and nurtured Eedris’ talent.

He said: “I met Eedris Abdulkareem when he was staying under the bridge, now he’s a Merchant; when I met him, he was Mr Nobody; he came to Alagbado, RayPower then. He was introduced to me by Steve, ‘the sleek’ Kadiri. He was not signed on to Kennis Music. He came, and I listened to his song with Eddie, a fantastic song, the song I can say is the cornerstone for Afrobeats today.

“Mr Jahman Anikulapo can testify to that ‘Mi o Shako Mo’; the song was everywhere; it was nothing but every corner of the country you would hear the song. And again, he was not signed to Kennis Music, a record label from Ajegunle, and they were so smart-Eedris and Eddie, brilliant, said if you want to sign us, we won’t sign a record deal with, we’d sign this single only to you. For a year, after a year, the record comes back to the owner. We can do anything we want with the song.”

He said: “The story today is about Eedris Abdul Kareem, a great, hardworking man, a fearless man, a guy that can die for what he believes, he can die for you, he would put his chest out, he is a straightforward man.”

Baba Keke disclosed that Eedris is the only artist in his career to give him huge money.

He said: “Eedris gave me the highest amount of money anybody could have given me; the money was not from royalties. You know when you sign a record deal, record sells, you take your percentage, the artist takes his, but Eedris dashed me money. Do you all know how much the money was? For me to be saying it. It was N2m when the dollar was about 60 or 75 Naira”.

Similarly, Dede Mabiaku, Mariam Agbaje and Others spoke on the impact of Eedris’ life and music at the occasion.

The date of Eedris’ kidney surgery has yet to be revealed, but his management said it would be made public.

Eedris shot to the limelight after being part of the group Remedies, which included Tony Tetuila and Eddy Montana, before they finally went their separate ways, each taking up a solo career.

Eedris released his first solo album, “Pass”, in 2002, which was well-received by music pundits, followed by Mr Lecturer, which mainly focuses on sexual harassment in Universities.

He dropped another album, “Jaga Jaga”, in 2004, which was even more controversial than his previous ones. The song centred on the corruption and suffering in Nigeria and was banned on radio and television stations by the then president, Olusegun Obasanjo.

The rapper has received numerous awards and recognitions due to his immense contribution to the growth and development of the Nigerian entertainment industry.