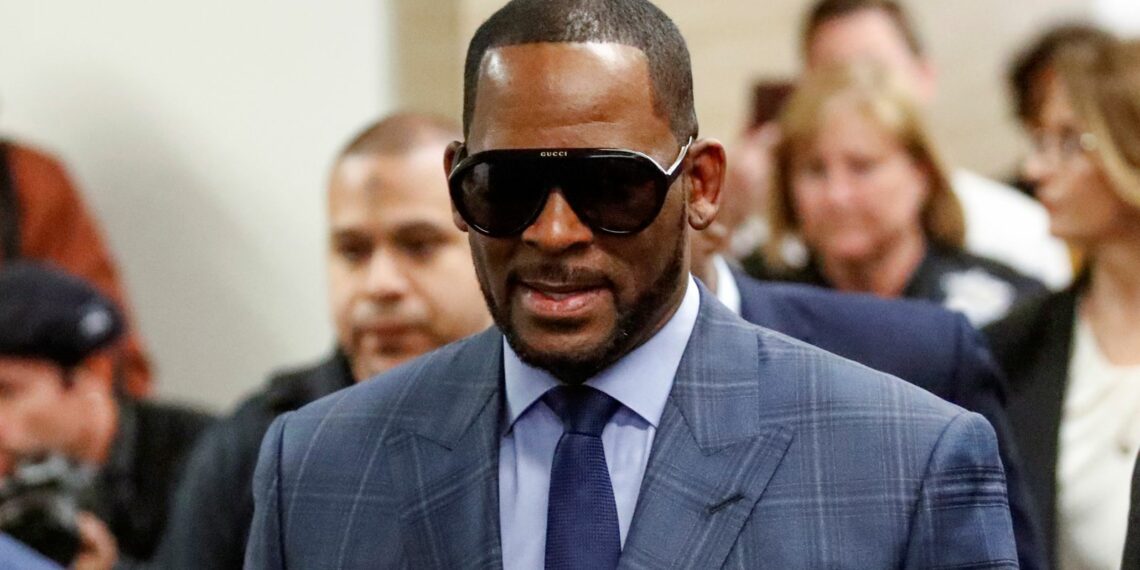 R.Kelly has faced decades of sexual abuse claims without being convicted and has denied all previous allegations.

The Brooklyn federal court jury convicted him after hearing that he used his fame to subject young fans, including children, to systematic sexual abuse.

It was also said that his entourage of managers and aides used his celebrity status to meet girls and keep them obedient, operation prosecutors said amounted to a criminal enterprise.

The embattled singer has been in custody since federal prosecutors indicted him in New York and Chicago in July 2019.

The singer has faced several sexual abuse claims without conviction and denied all previous allegations.

AP says the singer’s lawyers argued he should get no more than ten years in prison because he had a traumatic childhood “involving severe, prolonged childhood sexual abuse, poverty, and violence.”

As an adult with “literacy deficiencies,” the star was “repeatedly defrauded and financially abused, often by the people he paid to protect him,” his lawyers said.

“Mr Kelly has had horrific labels slapped on him. But he’s not obligated to own them,” defence lawyer Jennifer Bonjean told the judge before the sentence was announced.

AP quoted the prosecutors as saying

Kelly, born Robert Sylvester Kelly, used his “fame, money and popularity” to systematically “prey upon children and young women for his sexual gratification,” prosecutors wrote in a court filing earlier this month.

Kelly is known for work, including the 1996 hit “I Believe I Can Fly” and the cult classic “Trapped in the Closet,” a multi-part tale of sexual betrayal and intrigue.

Several accusers testified that Kelly subjected them to perverse and sadistic whims when they were underage.

The accusers alleged they were ordered to sign nondisclosure forms and were subjected to threats and punishments such as violent spankings if they broke what one referred to as “Rob’s rules.”

Some said they believed the videotapes he shot of them having sex would be used against them if they exposed what was happening.

According to testimony, as reported by AP, the singer gave several accusers herpes without disclosing he had an STD and coerced a teenage boy to join him for sex with a naked girl who emerged from underneath a boxing ring in his garage.

He also shot a shaming video that showed one victim smearing faces on her face as punishment for breaking his rules, the report stated.

Kelly denied any wrongdoing. He didn’t testify at his trial, but his then-lawyers portrayed his accusers as girlfriends and groupies who weren’t forced to do anything against their will and stayed with him because they enjoyed the perks of his lifestyle.

R.Kelly is known for work, including the 1996 hit “I Believe I Can Fly” and the cult classic “Trapped in the Closet,” a multi-part tale of sexual betrayal and intrigue.

Naira down to six-month low against dollar