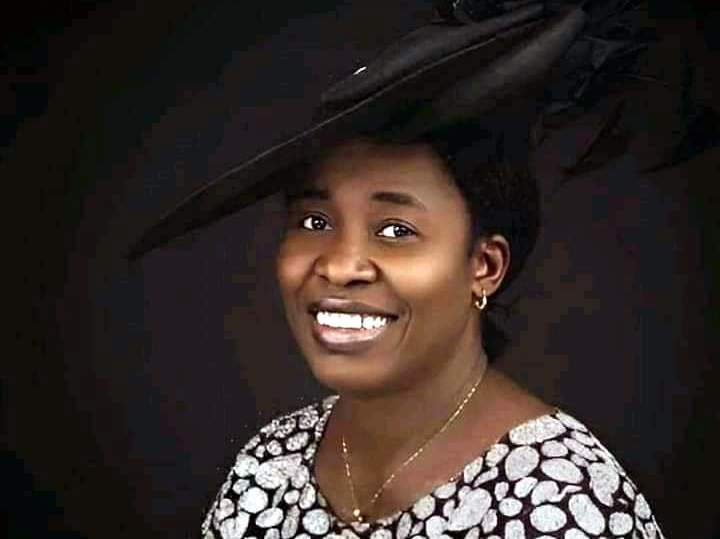 Osinachi's husband, Peter Nwachukwu, was absent at her burial.

Famous gospel singer Osinachi Nwachukwu was buried amidst the tears of her family and friends on Saturday at her father’s compound in Isochi Umunochi, Abia State.

The burial was attended by her twin sister, siblings, parents, children, pastors from Dunamis church, and fans.

However, her husband, Peter Nwachukwu, was absent at her burial.

Mrs Nwachukwu’s burial is coming exactly one month after another famous gospel singer, Chinedu Nwadike, was buried on May 25.

The Osinachi Nwachukwu Foundation was established to keep the legacy.

The foundation certificate was presented to the family by Nkeiruka Onyejeocha, a member of the House of Representatives for Isuikwuato/Umunneochi Federal Constituency of Abia State.

The foundation is designed to support young people, especially women, in entrepreneurship skills.

The majority of the burial rites were carried out in Abuja.

Before the final internment, a night of worship was held in Abuja on Thursday.

Ms Nwachukwu’s body was moved from Abuja to Enugu, where a gospel concert was held in her honour at Michael Okpara Square, Enugu State.

A Night of Prayers was also held in Sochi, Umunoci in Abia State on Friday.

The mother-of-four was allegedly repeatedly brutalised by her husband, Peter Nwachukwu, which later led to her untimely death.

It was initially reported that the singer died of throat cancer.

Still, shortly after the news of her death went viral, her family and friends lamented that her union with Mr Nwachukwu was a violent one. 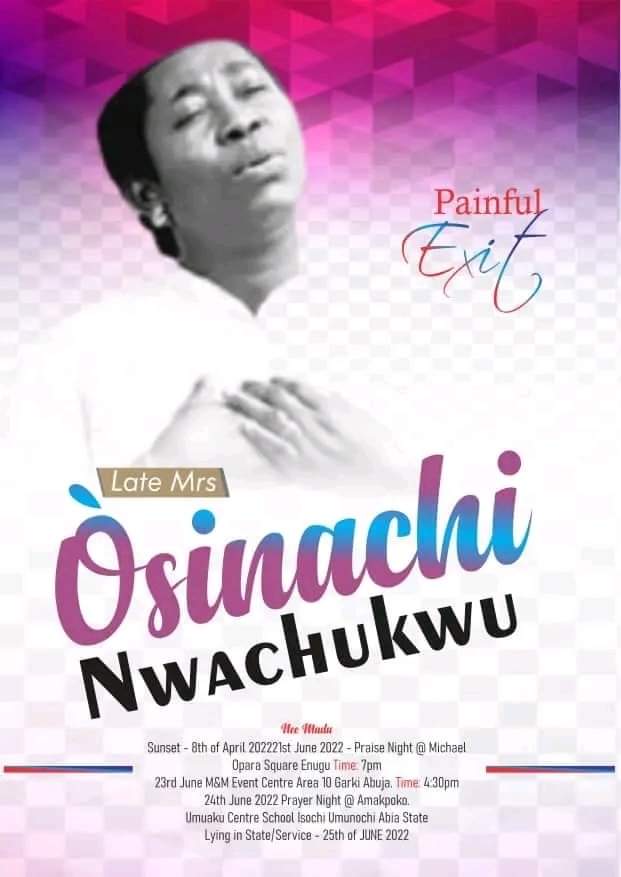 The 42-year-old songstress was a lead singer at the Dunamis International Gospel Centre.

She featured in several popular gospel songs like “Nara Ekele” by Pastor Paul Enenche (Dunamis, Abuja) and “You no dey use me play” by Emma.

The singer, who shot into the limelight with the hit “Ekwueme“, viewed 74 million times on YouTube, died in an Abuja hospital on April 8.

The late singer’s husband, who also doubled as her manager, is being tried at a High Court in Abuja.

He was arrested by the Nigerian Police Force, Abuja command, on April 11.

Mr Nwachukwu is standing trial on a 23-count charge bordering on domestic violence and homicide instituted against him.

The singer’s husband broke down in tears on Tuesday during the court session while his wife’s twin sister Amarachi Ezeh testified against him. 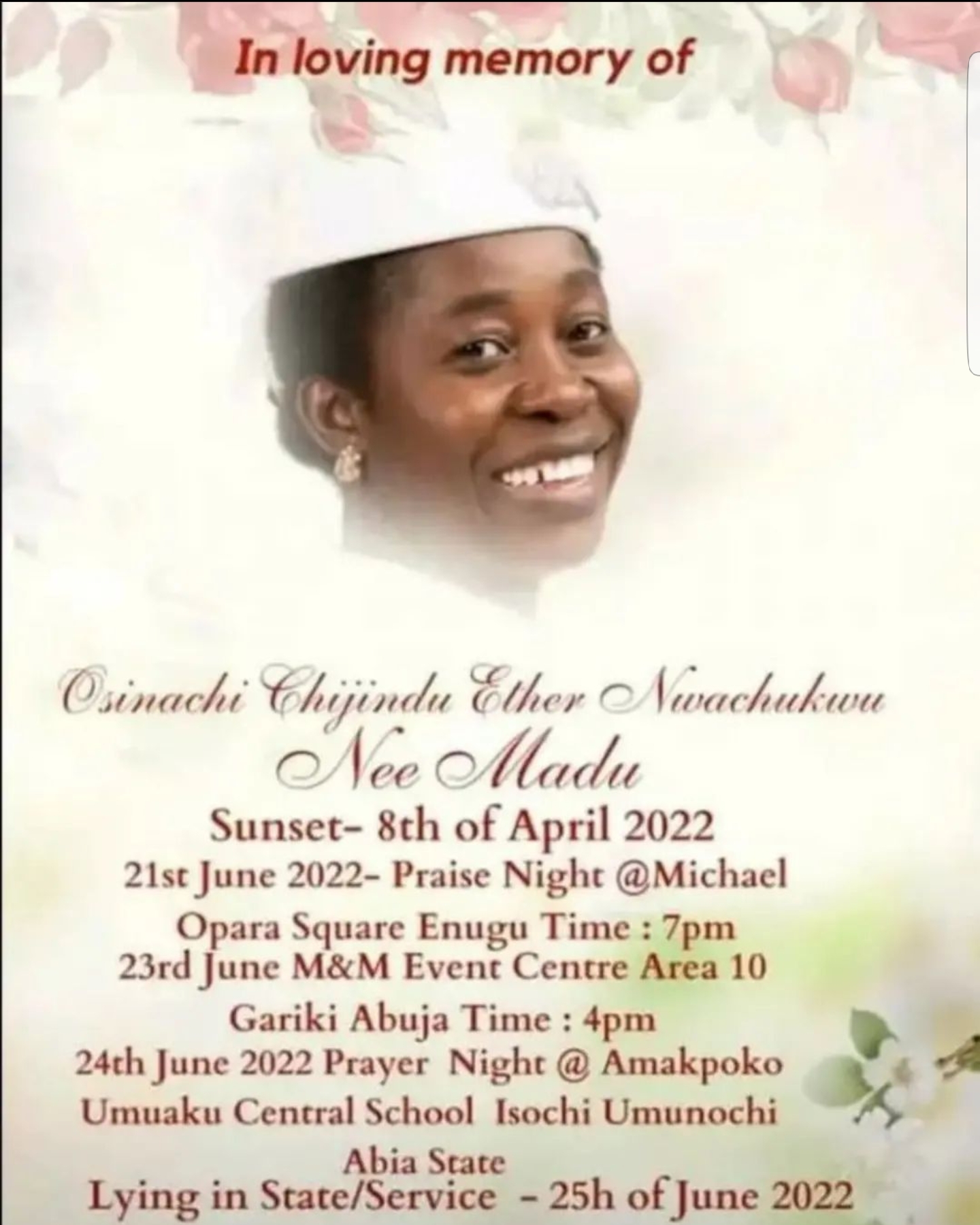 The defendant was accused of being responsible for the death of the late gospel singer.

Osinachi’s twin sister further told the court her sister’s husband tried many times to sow a seed of discord to separate them.

Ms Ezeh, 42, who lives in Enugu, took to the witness box to testify for the prosecution as PW3 in the alleged culpable homicide case against Mr Nwachukwu.

She said: “Pastor Becky Enenche of Dunamis Church, Abuja, intervened before Nwachukwu allowed our mother, Caroline Madu, to visit. He sent our mother out of his house after two weeks,” Ms Ezeh shed tears while giving her testimony. 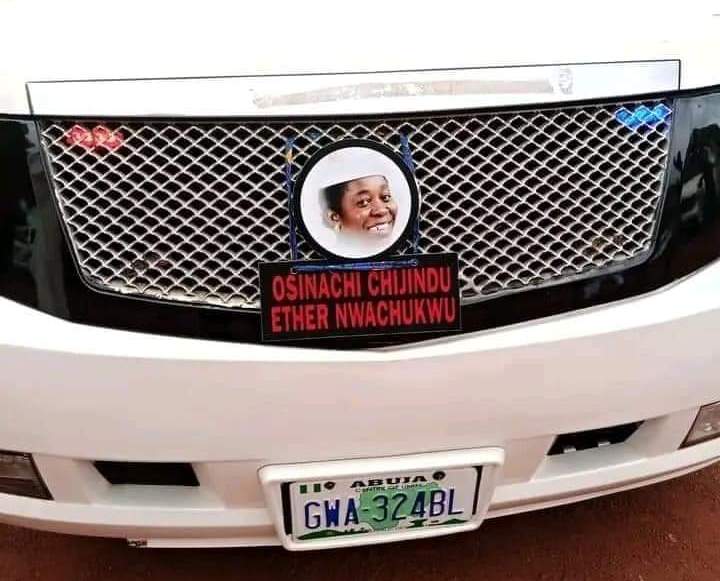 The first application prayed the court to rule that persons other than the parties in the matter, the court officials, correctional service staff and the witness’ guardians, should not be allowed in court when it was time for Osinachi’s two children to give their testimonies.

The second application prayed the court to allow the children to give unsworn evidence.