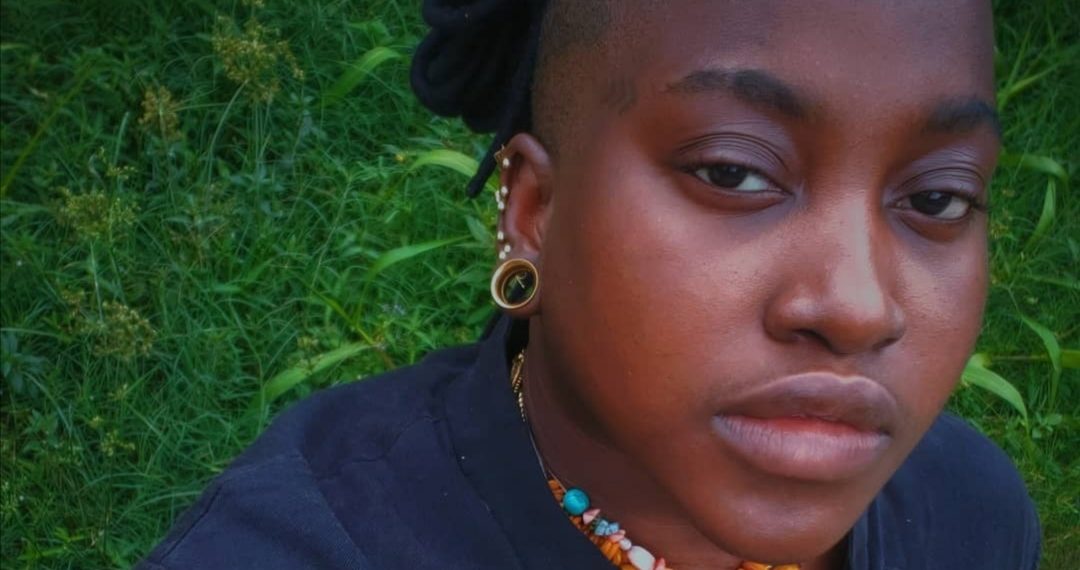 Why I can’t stop being a lesbian – YBNL Princess

"When my family members remind me that I'll be 25 this year, hoping that my lesbian phase has passed and I can bring a man home, no dear, I will be bringing a woman home."

Despite family pressure, Nigerian singer, Temmie Ovwasa, popularly known as YBNL Princess, has revealed why it is too late for her to stop being a lesbian.

Rapper Olamide discovered her in 2016 after she posted samples of her songs she recorded online. Olamide signed her onto his record label where she thrived as the only female artiste until her messy exit in December 2020. 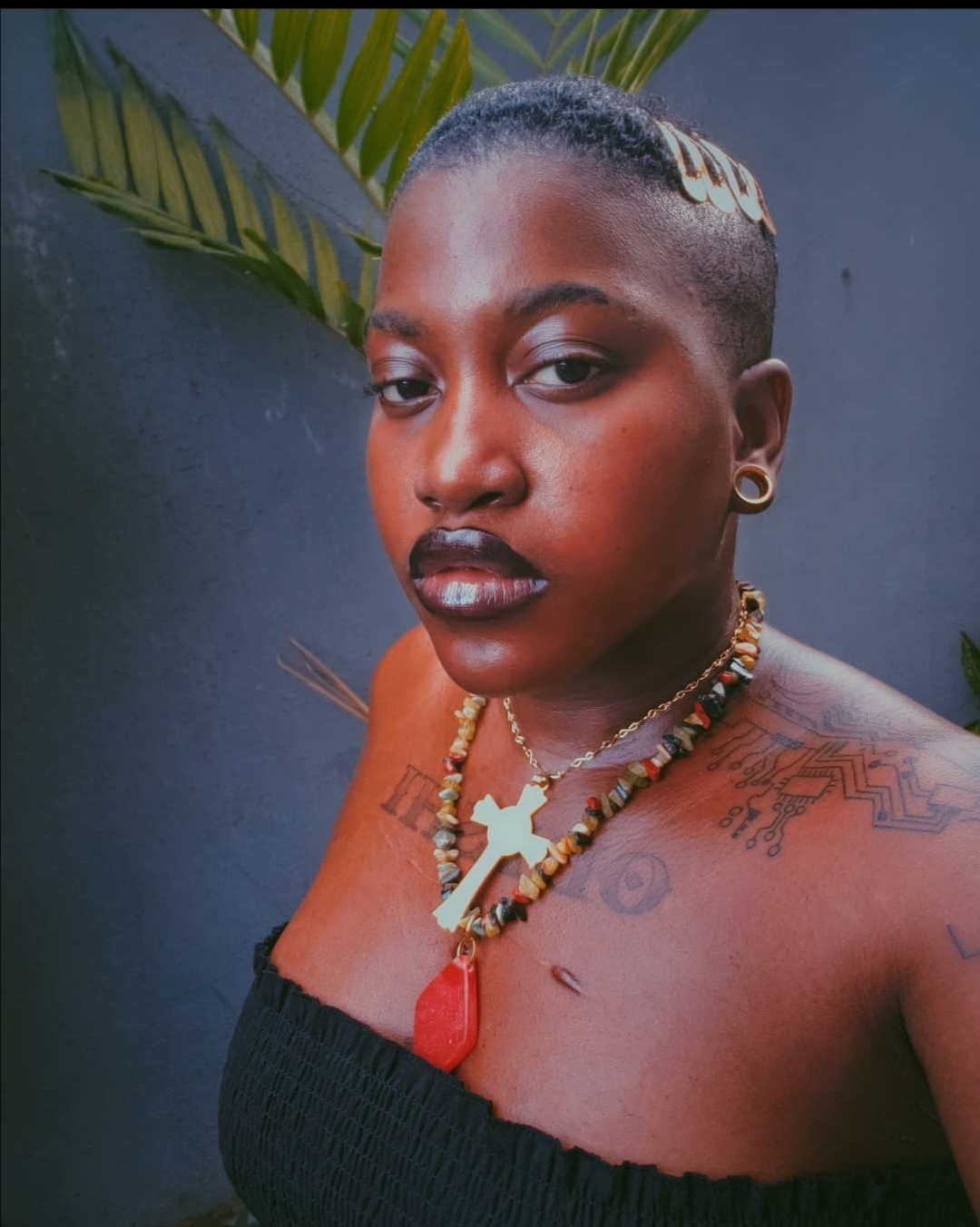 The singer, who publicly identifies as a queer singer, made the remarks on her Instagram handle on Wednesday.

The singer , who recently released what she describes as Nigeria’s first openly queer album, ‘E Be Like Say Dem Swear For Me’, said she told her family members who are hoping she would renounce her sexuality that there is no going back. 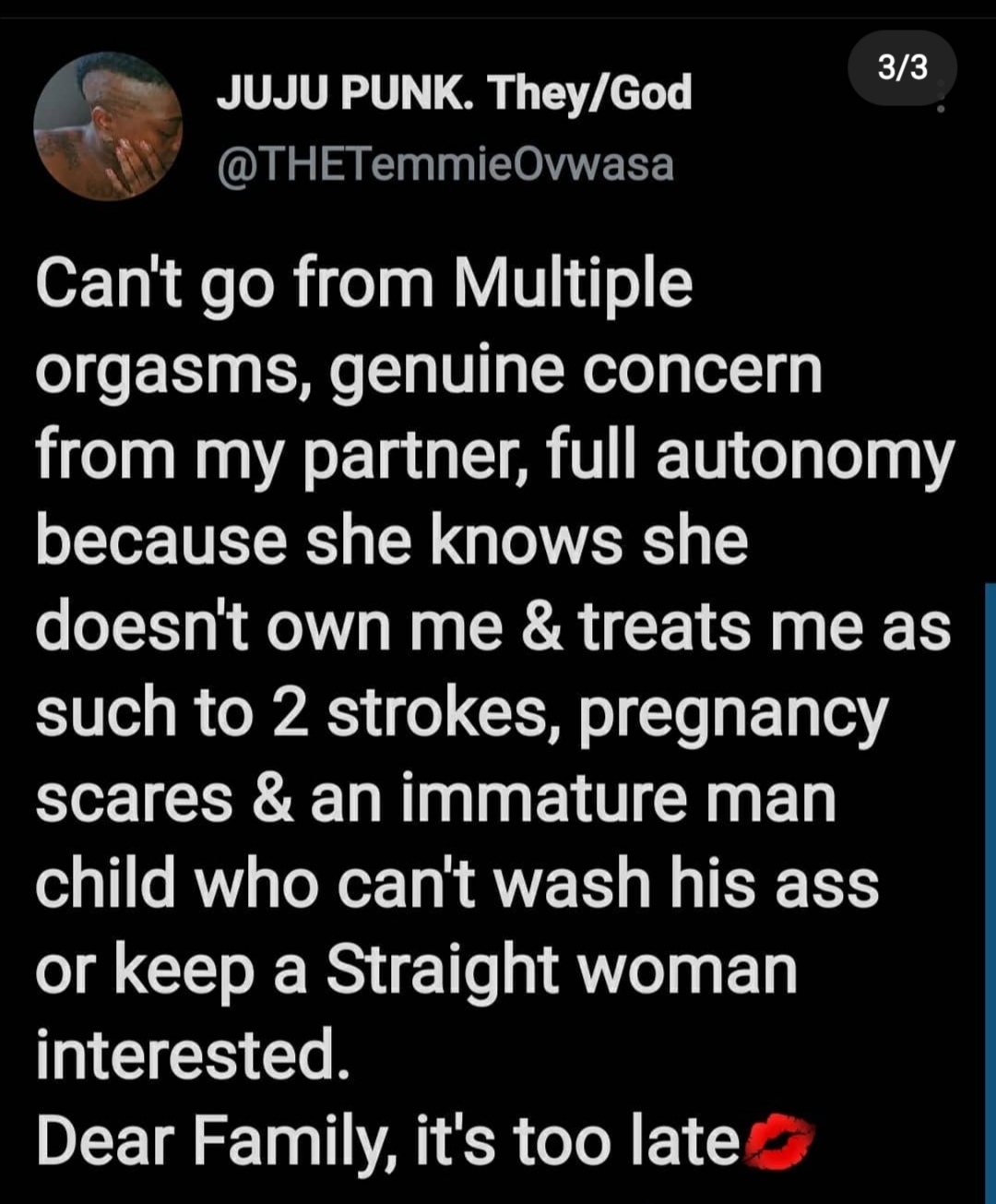 YBNL Princess also informed her Twitter and Instagram followers that she will embark on her marital journey with her same sex partner.

ALSO READ: We will track down producers of lesbian movie – Nigeria’s censors board

The former YBNL signee wrote, “When my family members remind me that I’ll be 25 this year, hoping that my lesbian phase has passed and I can bring a man home, no dear, I will be bringing a woman home but not your home, mine.” 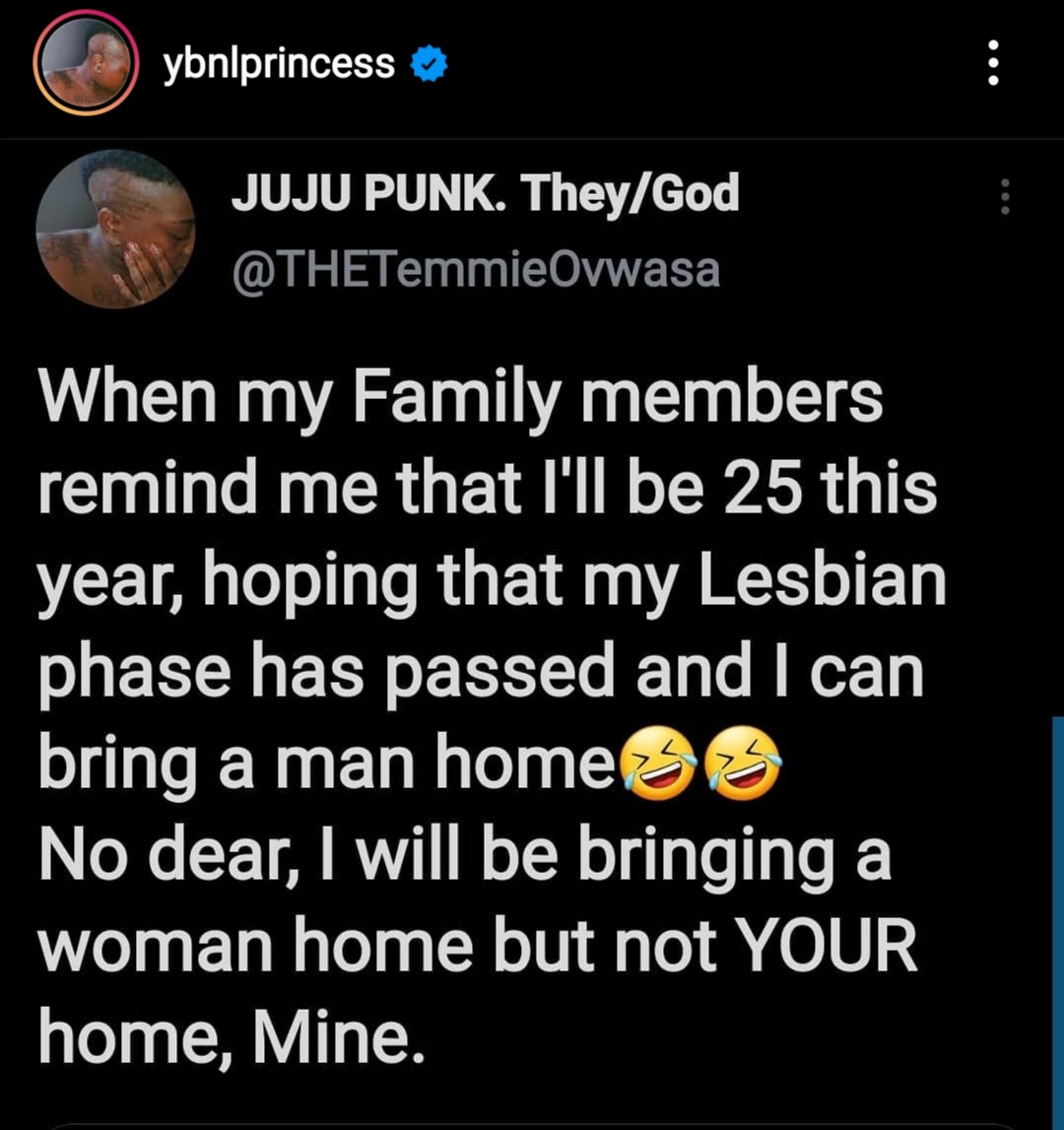 Ms Ovwasa, who identifies more as a lesbian than a singer, said the benefit of being a lesbian supersedes being with the opposite sex.

“Can’t go from multiple orgasms, genuine concern from my partner, full autonomy because she knows she doesn’t own me and treats me as such to 2 strokes, pregnancy scares and an immature man child who can’t wash his ass or keep a straight woman interested. Dear family, it’s too late,” she said.

She also added that as a lesbian she finds it hard to explain to her relatives that developing interest “in a cishet man downgrading.”

Nigeria has a Same-Sex Prohibition Act, signed into law in 2014, which prohibits marriage or public show of same-sex “amorous” relationship. Defaulters are liable to a jail term of 10 to 14 years.