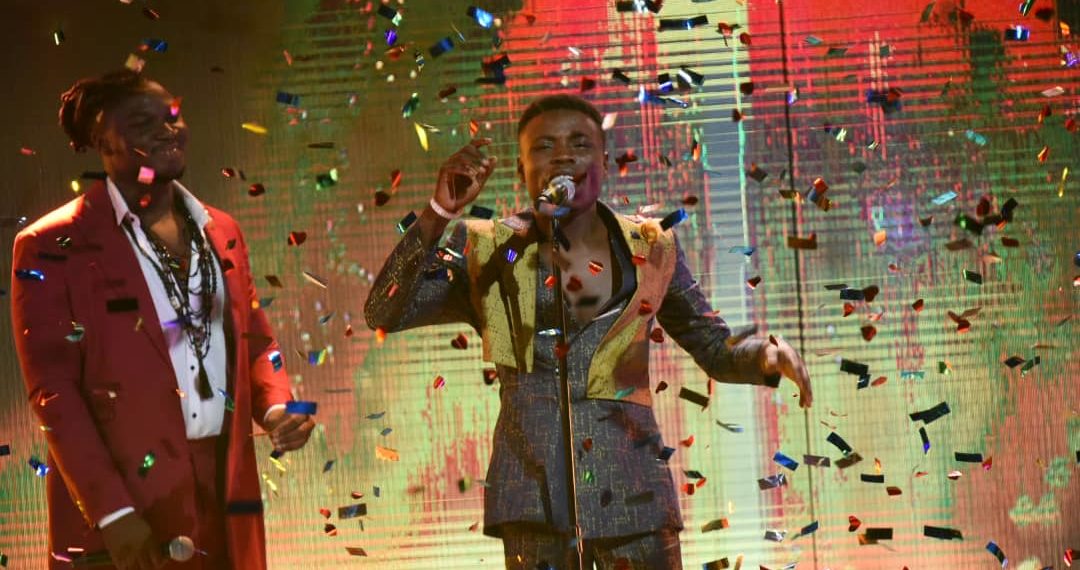 Kingdom walks away with a recording deal of a six track EP, free music video shoots for three of the songs, and over 50 million Naira worth of prizes, N30m cash and a brand new SUV.

The sixth season of Nigerian Idol came to an epic end on Sunday night in Lagos Nigeria with Kingdom Kroseide emerging as the ‘Nigerian Idol.’

This season of the reality show was characterised by months of intense musical contests involving over 3000 hopefuls from across the country. Over 16 million votes were recorded at the finale.

Kingdom, Francis, Akunna, Comfort, and Faith Jason were the top five contestants from the 11 who made it to the live shows from the audition stages.

The competition evolved from the final 5 to the last 2 contestants – Kingdom and Francis – who battled it out on Sunday in a keenly contested affair that saw Kingdom emerge the eventual winner.

The finale night also witnessed performances from some of the Nigeria’s biggest acts in including Mavin’s newest signee, Ayra Starr, who performed her song “Away”; award-winning singer.

Patoranking also performed his new hit “Celebrate Me” and paid tributes to Sound Sultan. RnB star, Chike joined Francis Atela on stage for a breathtaking duet of the former’s song, “Roju”. While Kingdom and superstar producer Cobhams Asuquo came together for yet another beautiful performance.

Kingdom’s win further emphasised his musical talent, which he displayed from the auditions to the live shows, where he constantly wowed the judges with his flawless performances. Kingdom did just enough at the finale to edge out Francis who has equally been a standout contestant all season.

Reacting to his win, a very emotional Kingdom said,‘’My grandma used to say one day you’ll be very great. And then she died. And I almost gave up. But I want to thank the judges for believing in me and my fellow contestants for pushing me.”

Commenting on Kingdom’s emergence as the winner of Nigerian Idol season 6, CEO of MultiChoice Nigeria, John Ugbe, said, “We are proud of what Kingdom has achieved on the show. His emergence as the winner is a testament of how much great talent abounds in Nigeria. For us at MultiChoice, we are committed to helping talent like Kingdom, as well as other contestants that participated, reach their potential and also launch them to a much bigger audience.”

Kingdom, a Computer Science and Informatics student at Federal University, Otuoke, and music teacher, walks away with a recording deal of a six track EP, with music video shoots for three of the songs, and over 50 million Naira worth of prizes, which include a N30 million cash prize and a brand new SUV.