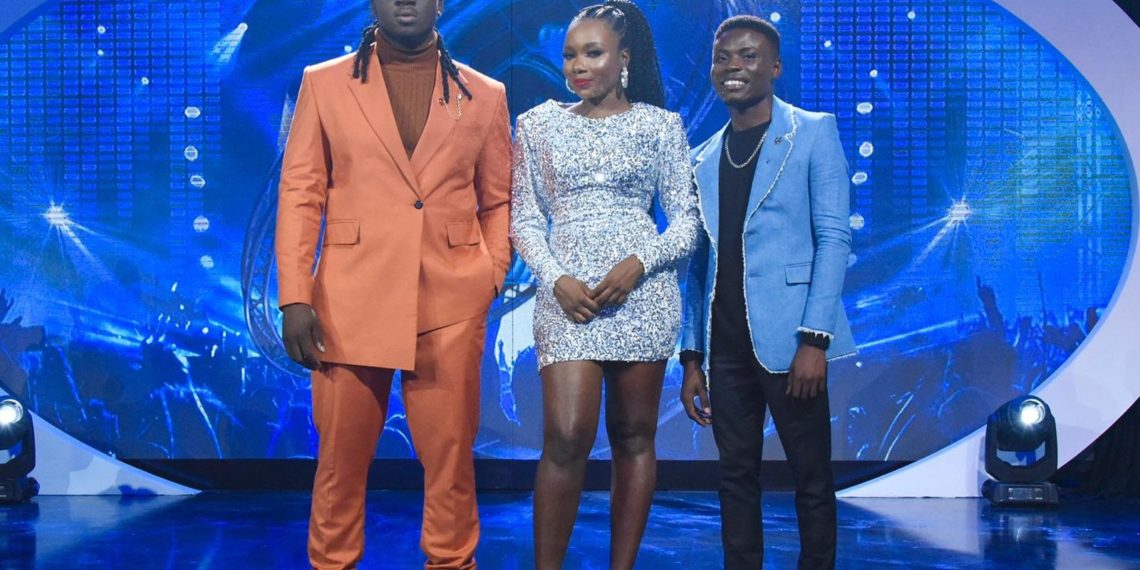 After impressive performances so far, Comfort’s time in the competition came to an end on Sunday night after she polled the least number of votes.

With over 12 million votes cast this week, it’s clear that things are getting even hotter on the sixth season of Nigerian Idol.

After impressive performances week on week, Comfort’s time in the competition came to an end as she was eliminated Sunday night after polling the least number of votes.

The Sunday live show was graced by the talented singer, songwriter, and producer Cobhams, as a guest judge.

He opened the show with an incredible performance of ‘We Plenty’ and ended by advising the finalists, “to always remember that they got to this stage because they did something differently, to always make the audience their priority and to always make music that they believe in.”

The top 3 contestants were required to perform two songs, the first being a Naija cover and the second a top song on the Billboard Chart.

Opening the stage for the first round of songs was Kingdom as he performed ‘Iyawo Mi’ by Timi Dakolo. Next was Francis Atela who performed ‘Pray for Me’ by Dare Art Alade.

To seal the first round of performances, Akunna performed ‘Johnny’ by Yemi Alade. The judges spoke well of all the performances rendered by each contestant.

Moving onto the second round of songs was an iconic rendition from Francis as he performed the iconic ‘I Will Always Love You’ by Whitney Houston. Next was Kingdom who sang ‘How Deep Is Your Love’ by Bee Gees.

The last girl standing, Akunna, crowned the night with her performance as she sang ‘Only Girl (In the World)’ by Rihanna. Unfortunately, the judges felt her performance did not come off as fantastic as they expected.

Cobhams admonished her to exercise more energy when performing. Seyi Shay stated outrightly that it wasn’t so good because of the wrong choice of song.

The judges wrapped things up by expressing their joy at the performances of the final 3 contestants and commended their efforts so far in this competition.

With just three left vying for the number one spot, the power to determine who stays and who leaves is solely in the hands of the viewers.

Viewers can vote for your favourite contestant via the Africa Magic website and mobile site by selecting the contestant of your choice, enter your number of votes, and click VOTE.

Voting via these platforms is limited to 100 votes per user.

You can also vote via the MyDStv App and MyGOtv Apps. Votes are free and are allocated based on viewers’ subscription packages.

The voting window closes at 9 pm on Wednesday.

EXPLAINER: 15 things you need to know about the Continuous Voters Registration (CVR)