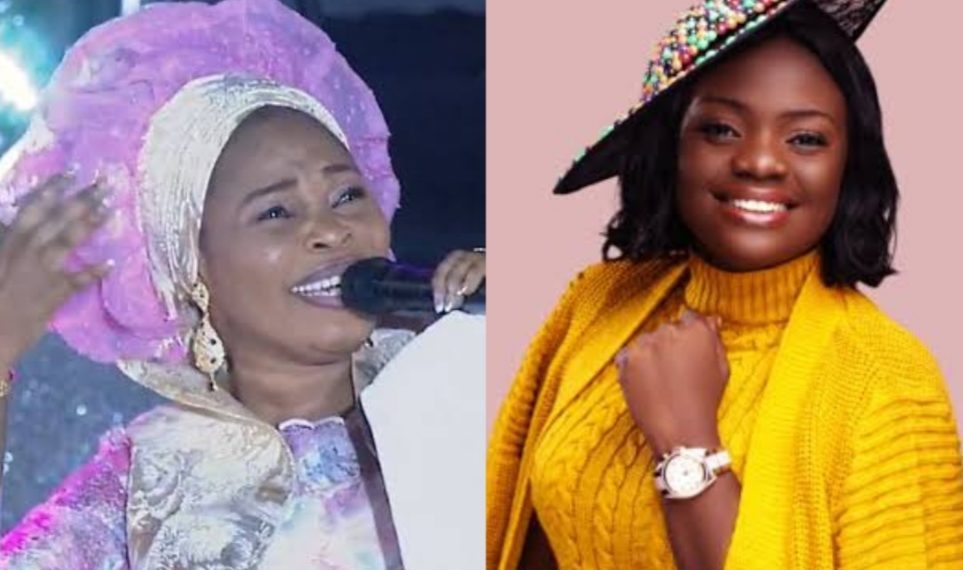 ‘Oniduro Mi’ is one of the hottest gospel tracks in Nigeria at the moment.

Ms Alabi made the remarks in a viral video when she was invited to minister at an event over the weekend. She said the song, which means ‘My Guarantor’, does not explain God’s powers fully.

She also inferred that her colleague didn’t think deeply about the lyrics of the song fully before recording the track.

She said, “God is beyond being a guarantor to Man. I’m not saying that the song is not beautiful. However, when we receive heavenly inspiration to sing, there are some deliberations we must have with the Holy Spirit before we can bring out such a song.

”If we keep singing the gospel just as the Spirit-inspired, there is the possibility that we all will be singing absurdly. As gospel singers, God has given us the brain to digest, chew, and fully comprehend the inspiration given to us before we bring it to life.”

Ms Adeyemi, who is Ms Alabi’s great rival, composed her hit ‘Oniduro mi’, which was part of a worship medley titled ‘Arojinle’ in 2020.

‘Oniduro Mi’, is one of the hottest gospel tracks in Nigeria at the moment.

Following the production of her first album, Alaseyori continues to enjoy a growing following in Nigeria with invitations from home and abroad to minister at events.

However, Alabi’s observation has spiked reactions among Nigerians as fans accused her of jealousy over the song.

Some said that the meaning is still relevant because God means and plays different roles to people. This, they, said, makes people call God different names as they seem fit. Others have also blamed her for making such criticism publicly.

While replying to @naijanoisemaker’s post, Morayo Romeo, with the instagram handle @moraymydrea, said she felt bad watching the video.

She said, “Even if you feel it isn’t right, this is not the way to condemn someone’s work. As at the time the person sang it, she was probably going through an issue but God settled the debt like a guarantor and didn’t say a word about it as a man would boast.”

In another post made by @olorisupergal, Radio host, do2dtun said that Ms Alabi’s criticism was uncalled for.

He said, “I am sure our God is not surprised at how we misuse our gifts. So low of Tope Alabi but in all, she just added a new song to my playlist. Thanks for the unassuming recommendation.”

Both artistes are yet to comment on the issue which trended on Sunday.