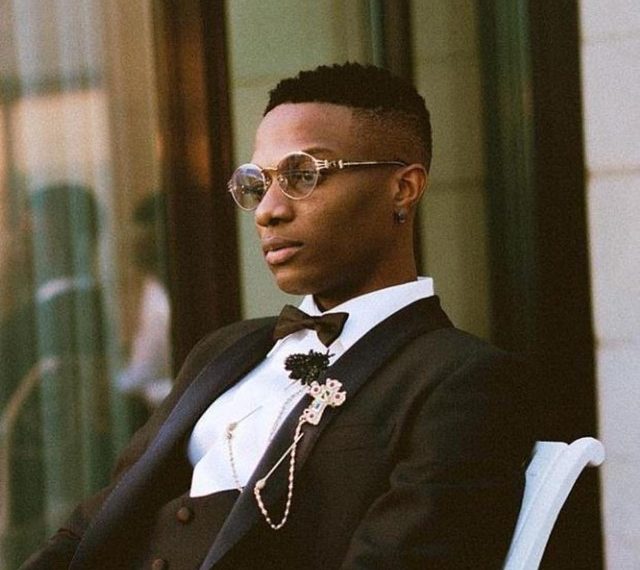 Wizkid urged the president to focus more on issues affecting the country and its youth rather than matters that concern America.

Responding to a tweet by Mr Buhari wishing American President, Donald Trump, fast recovery from coronavirus, Wizkid urged the president to focus more on issues affecting the country and its youth rather than matters that concern America.

“Donald trump is not your business! Old man! Police/Sarz still killing Nigerian youth on a daily! Do something! Nothing concern u for America! Face your country,” the pop star wrote.

Donald trump is not your business!
Old man! Police/Sarz still killing
Nigerian youth on a daily! Do something!
Nothing concern u for America!
Face your country !! https://t.co/thxmoYb7VE

After Lagos State Governor, Babajide Sanwo-Olu, reacted to the campaign, promising to take action on the police unit’s brutality, Wizkid also challenged him.

“The safety of our residents is my number one duty as the CSO of Lagos. So, reading reports of seemingly unlawful exploitation by the people charged to protect is very worrying & needs to be addressed immediately. Be assured that appropriate actions will be taken, & speedily too,” Mr Sanwo-Olu wrote on his official Twitter handle.

In response, Wizkid said, “Mr Governor! I met with you December 2019! You expressed how proud you are of the entertainment industry and all we do. Pls do something let’s be proud of you too abeg ! #Endsars!!”

Wizkid thus joined thousands of Nigerians online who are calling for the abolition of the police unit called SARS.

The unit has been accused of several human rights violations especially of young Nigerians who are seen carrying laptop computers.

The latest social media trend is as a result of a video that surfaced online on Saturday showing an innocent Nigerian shot dead by a police officer in Delta State.

The call for the abolition of the unit grew louder on Sunday with the police in Lagos, Nigeria’s commercial capital, pledging to cleanse its ranks of officials found culpable of improper acts.

The latest #EndSARS campaign is not the first. A previous one last tear led to the formation of a presidential panel to review the activities of the police unit.

PREMIUM TIMES reported how President Buhari last year ordered the implementation of the report of the panel. However, nothing seems to have changed since then.

See some tweets on the #EndSARS campaign below.

Mr Governor! I met with you December 2019! You expressed how proud you
are of the entertainment industry and all we do. Pls do something let’s be proud of you too abeg ! #Endsars!! https://t.co/PZoxsSIx5D

Davido, Wizkid and Olamide have added their voice to the #EndSARS campaign and rightly so. These are artists who don’t call young Nigerians cowards.

After we opened our bags for them, went back and forth insisting it was Wrong in all ramification to search our handbags when we hadn’t committed any offense; a 3rd officer showed up and recognized me and started hailing me that he watches my movies. #EndSARS #mrgovernor

Dear Nigerian leaders, we need Police reform laws urgently. It's been 15 years since the killing of the #ApoSix and our young men and women are still being harassed by those who should protect us. #EndSARS

Who did we offend? @MBuhari & @ProfOsinbajo How many more people do you want them to kill before you act as a commander in chief? #EndSARS

#EndSars
Every young person isn’t a criminal. I’ve experienced SARS brutality many times and got out lucky, not every other person was as lucky. #EndSarsNow pic.twitter.com/QaDQ5NTrNY

How can you put these on the street and expect something positive? #EndSARS pic.twitter.com/kYXgwprlEf

This is the face of a SARS officer notorious for extorting and brutalizing people in Lagos. Just today, he collected 50k from @MrAkinbosola. Let's make the thief popular. He must be arrested and prosecuted for this fraud. #EndSARS #EndSARSBrutality #EndSarsNow pic.twitter.com/Dc168S8gW8