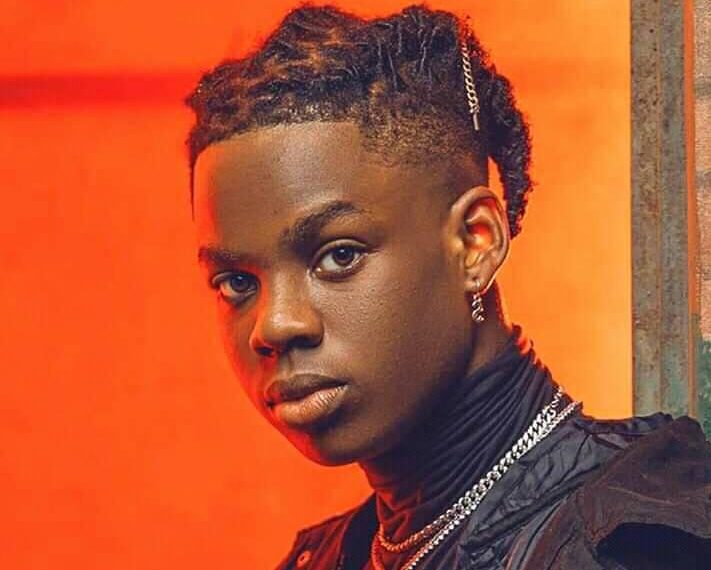 These singers have a string of hits that have earned them a huge fanbase.

There are young, talented and popular artistes who are dominating the Nigerian music scene.

Aside from Wizkid, Burna Boy, Teni and Davido, this new crop of singers have a string of hits that have earned them a huge fanbase.

And they are all less than 30 years.

We are talking about Rema with hits like ‘Woman’, Joeboy’s ‘Vibration’ and Fireboy whose track titled ‘Jealous’ have become party favourites. But aside from the aforementioned, there are others too that are also making waves at the moment.

PREMIUM TIMES presents the list of music sensations in Nigeria

YBNL artiste, Fireboy DML, is known for his love songs and his ability to wow his fans with his powerful lyrics. He is fast becoming a force to reckon with in the music industry and a household name in Nigeria.

With over 10 hits and one hot album, ‘Laughter, Tears and Goosebumps’, to his credit within two years of breaking out in the music scene, he is definitely a force to reckon with it.

The 20-year-old Divine Ikubor, popularly known as Rema is a singer and rapper signed to Jonzing World, a subsidiary of Don Jazzy’s Mavin Records. Rema got signed in 2019 and released his debut self-titled EP in the same year.

Rema won Next Rated and was nominated for Viewer’s Choice at the 13th edition of The Headies in 2019. He has over 20 singles and four EPs to his credit between 2019 and 2020.

Even though Rema is undeniably a talented act, his affiliation with Don Jazzy and Mavins Record has been a huge boost to his career.

His latest single, ‘Woman’, released in July has garnered over 2.9 million views.

Joseph Akinfenwa, popularly known as Joeboy, was discovered by Mr Eazi in 2017 and is currently signed to his “Empawa Africa” record label.

His most popular single, ‘Beginning’ was released in August 2019 and the music video garnered over 23 million views on YouTube. From the time it was released, it became a must-play track at every wedding party in Nigeria for a long time.

He has one EP in his records and he has featured popular acts like Mayorkun, Mr Eazi, Oxlade, DJ Neptune, and Ghanaian DJ, GuiltyBeatz.

The Rivers-State-born artiste, Stanley Omah, popularly known as Omah Lay, has also won the hearts of the people.

Known for his popular singles like ‘You’, ‘Lolo’, ‘Damn’, ‘Bad influence’ and a lot more, Omah Lay is currently signed to Dvpiper Music record label. Most of his songs combine the tune of Wizkid’s songs and the profundity of Burna Boy’s.

He released his debut 5 track EP in 2020 and gained millions of streams on all streaming platforms.

Another promising artiste that has been making waves since the beginning of this year is Ikuforiji Olaitan, popularly known as Oxlade. He was discovered by rapper Blaqbonez, who popular music critic, Joey Akan, described as the “unlikeliest of sources”.

He collaborated with Blaqbonez on ‘Mamiwota’, a track off his 2018 album, ‘Bad Boy Blaq’. The huge reception that this song got strengthened Oxlade’s resolve to keep doing music.

Some of the popular songs that earned him fame and an edge over some of his contemporaries are ‘Away’, ‘Hold on’, ‘Oxygene’, ‘Plenty Lovin’, ‘Shugar’ and some others.

His biggest track is ‘Away’ which was released in April. It has garnered over one million YouTube views

Tolulope Ajayi, famously known by his stage name T-Classic, is a Nigerian recording artiste, songwriter, and singer. He is popularly known for his hit single, titled ‘Nobody Fine Pass You’.

He is also known for his other songs like ‘Think about it’, and ‘Where you Dey’ and others. He won the City People Award for the popular song of the year ‘Nobody Fine Pass You’ in 2019 and was also nominated for the most promising Act of the year.

He is currently signed to Mixnaija entertainment record label

Mavin records singer-songwriter Crayon who recently dropped a new single titled, ‘Sometime’ is also one of the hottest and newest music stars on the block.

The recording artiste, who serenades his fans with melodious tunes is also blessed with good looks.

His biggest track is ‘So Fine’ and it has over three million YouTube views.

Check out ‘So Fine’ below

Following the success of his two earlier singles, “Aya Mi”, Wakanda Jollof crooner, Olakira released both the audio and visuals of ‘In My Maserati’ and it was an instant hit.

The track, which was inspired by his love for the luxury vehicle brand, ‘Maserati’, has become a party and social media anthem.

Listen to the track below

Nigerian singer, Olamilekan “Laycon” Agbeleshe is currently one of the strongest housemates in the ongoing Lockdown season of the 5th edition of the Big Brother Naija reality show.

He has released two EPs, ‘Who is Laycon?’ and ‘Young Black and Gifted’ since 2018. He has also featured popular artistes like Chinko Ekun and Reminisce Shafau in his songs.

Check out his video below