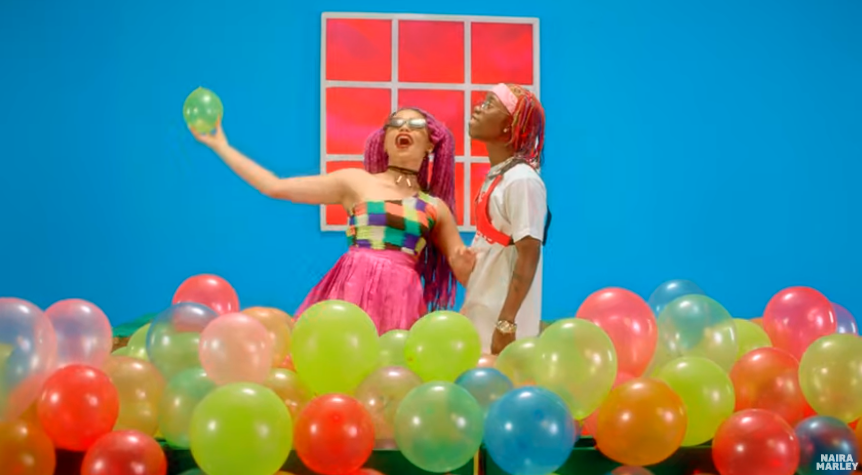 Naira Marley’s latest signee, Lyta, 22, has been accused of plagiarising the music video of a popular South Korean K-pop boy band, GOT7.

GOT7 fans spotted uncanny similarities between Lyta’s new music video, ‘Hold Me Down’, released on Friday, and GOT7’s ‘Just Right’. The latter was released in 2015.

K-pop is a popular music genre of South Korea origin and largely influenced by several music styles from around the world. K-pop artistes have a loyal fanbase and a strong social media presence.

Lyta, who signed a record deal with Olamide’s YBNL Nation in 2018 and left in May 2019, got signed on to Naira Marley’s Marlian Music on Monday.

Lyta’s ‘Hold Me Down (Omo Gidi)’ was produced by Quebeats while the video was shot and directed by an ‘unknown’ director, WG Films.

The description on the video, which was uploaded on Naira Marley’s official YouTube channel reads, “This video was inspired by Kpop Korean boy band GOT7 and BTS”.

Following the outcry, the singer has made history as the Nigerian singer with the highest number of ‘dislikes’ on a YouTube video.

Check out both videos below:

Reacting to the accusation, Naira Marley tweeted, “Lyta they’re dragging ur hair in Asia right now. Lyta’s not the video director #ApologiseLyta” What if it was Ikorodu Bois that directed Lyta’s new video? Lyta enjoy ur streams mehn.”