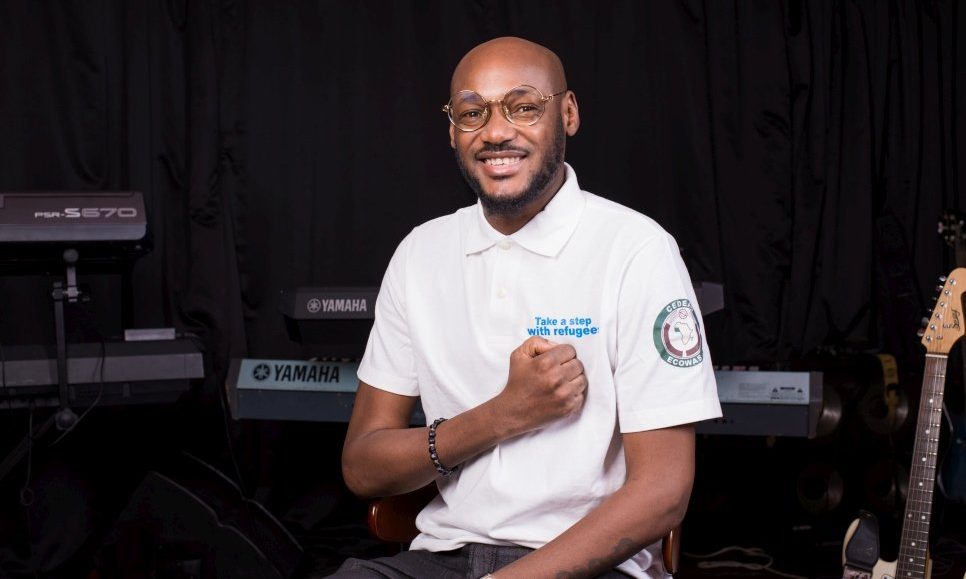 Innocent Idibia, known by his stage name, 2Baba, has been appointed as a regional “Goodwill Ambassador” for UNHCR, the UN Refugee Agency.

A statement by the agency and also on his social media handles said 2Baba, a musician, producer and philanthropist has been a steadfast supporter of the UNHCR LuQuLuQu campaign.

He had done so since its inception in supporting and uplifting the narrative of the African refugee.

The UN agency wrote on twitter: “He met displaced people’s families to hear their stories. He wrote & recorded a song to raise funds for refugees.

He is the first Nigerian to be appointed a UNHCR Goodwill Ambassador. Welcome to the family, Afropop music legend @official2baba,”.

He met displaced people’s families to hear their stories

He wrote & recorded a song to raise funds for refugees

“As an Afropop music legend, 2Baba has given his voice to refugee and IDP causes. In 2017 he wrote and recorded the song, Hold My Hand, a dedication to internally displaced persons.

“The song helped raise funds for UNHCR’s humanitarian response. He has also generously contributed his own personal funds to support refugees and IDP families in Africa.

“While continuing to use his celebrity status to raise awareness and support for UNHCR’s work.

“We are asking our GWAs to join us in congratulating him on social media,” the UNHCR said.