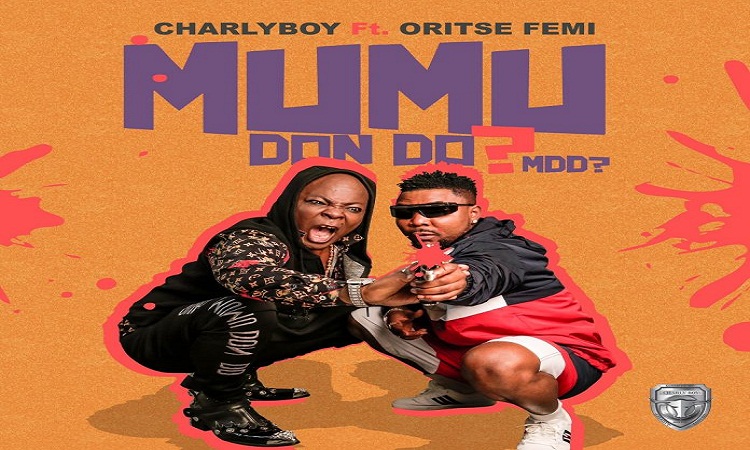 The maverick artiste, whose real name is Charles Oputa, told the News Agency of Nigeria (NAN), on Saturday that the socially conscious ‘collabo’ was a ‘gift’ to his fans as he marked his 70th birthday on June 19.

According to him, the song is to drive societal change and value re-awakening among Nigerians, especially the youth who are supposed to hold leaders accountable.

The “Nwata Miss” crooner, who released his debut highlife album over three decades ago, said he had decided to use music as his age-long passion to provoke Nigerians towards taking responsibility in nation building.

He said: “I am giving my fans a birthday present with my song with Oritse Femi, “Mumu Don Do? (MDD)”

“Let them go download it on youtube and listen to it, because I still wonder, whether Nigerians ‘mumu never do.’

“The message is that wishes and prayers alone will not solve our problems, because God will not do for us what he expects us to do for ourselves,” he said.

The “Areafada” further explained that he had decided to work with the “Double Wahala” crooner because of his philosophical style of music that addressed societal ills.

“Its that same love that is pushing me till today to always want to work with them because they are my children and I love what they are doing.

“My dream is to be able to work with as many of them, because from them too I learn a great deal.

“It is they that keep me young and youthful all the time, and that is why Charly Boy can never get out of fashion because any time I am interacting with them, I draw more inspiration.

“I have worked with Falz the Bahd Guy, and now am doing this with Oritse Femi,” he said.

Charly Boy, also a former President of the Performing Musicians Association of Nigeria (PMAN), noted that Nigerian music industry had evolved over the years to become a global brand.

He particularly extolled young Nigerian Afro-pop artistes who have showcased the Africa brand of music on the global stage.

He added that he was still passionate and committed to the growth of the industry, just as he did when he was PMAN president.

“I fought for respect for our artistes because I looked at the industry then and discovered that our artistes were not as colourful compared to as they are today.

“As that time, it was only 10 per cent of Nigerian music that were played in our radio and TV stations, and even in night clubs, the rest were foreign music.

“Our intellectual property were not handled right, as many artistes were unaware of what those rights were.

“Those were some of the things I set out to change, and I was able to use my goodwill and connections to cause the changed.”(NAN)