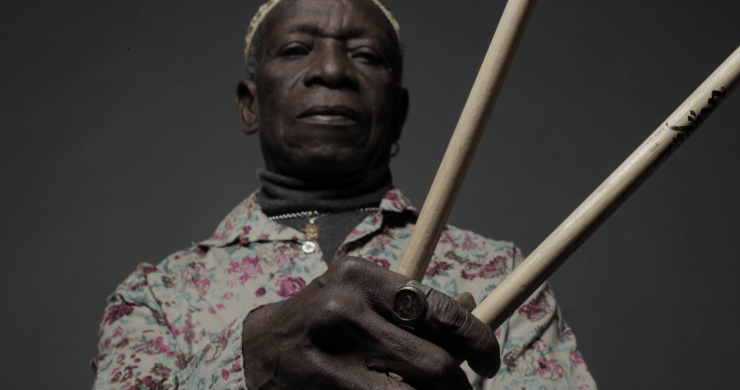 Tributes pour in for Tony Allen

Friends and colleagues of legendary Nigerian drummer and composer, Tony Allen, have continued to pay him glowing tributes.

“Farewell Tony! Your eyes saw what most couldn’t see. You are the coolest person on Earth! As you used to say, ‘There is no end’,” Trosset said in a tribute posted on Facebook.

Allen, who worked closely with the legendary Fela Anikulapo-Kuti, was regarded as a pioneer of the Afrobeat genre.

Kuti, who died in 1997, once said that “without Tony Allen, there would be no Afrobeat.”

In later years, Allen worked with a broad range of artistes, including musician Brian Eno who referred to Allen as “perhaps the greatest drummer who has ever lived.”

Allen recorded more than 30 albums with Kuti and his group, Africa ’70, which fused jazz, funk, and African traditional singing.

Allen was the drummer in the supergroup The Good, the Bad & the Queen, also featuring Blur singer Damon Albarn and The Clash bassist Paul Simonon, which released its second album in 2018.

He lived in the Paris suburb of Courbevoie.

Some of the tributes are captured below:

Ayeni Adekunle and Femi Falodun Tony Allen was a true music pioneer and alongside the late Fela Kuti, a primary originator of the world-renowned Afrobeat genre.

With his extraordinary talent, creative genius, and remarkable work ethic, Tony Allen redefined contemporary African music. He also gave today’s generation of artistes a foundation upon which the industry’s productions, rhythm, and soundtracks are built.

He will be remembered not only for being a source of inspiration for many generations of African and global music stars, but also for being a champion and ambassador of African arts and culture, which he proudly introduced to millions of fans around the world.

While we mourn his passing and commiserate with the family on this loss, we celebrate Tony Allen’s remarkable life and will continue to appreciate all the beautiful sounds and rhythm he left us with.

This is the only #TakeAwayShow we ever shot with just a drumkit and for a good reason: Tony Allen, the master, the prioneer, was behind it. It was an honour for us to film him back in 2015 and it's hard to believe he is now gone. Rest in peace Tony https://t.co/fbBvopN3xU

Tony Allen, one of the greatest drummers (some would argue that he's the greatest) of our time has passed away.https://t.co/wQWhpWRcBX

One of ours Gone! Damn!! Tony Allen. RIP Sir🙌. The Greatest that ever did it. Afrobeat Legend pic.twitter.com/poQRtcHigz

The 1st 2 posts from this thread disappered for some reason. So with that, Please go and listen to Merrie Land.
Loosing Tony Allen is hard despite his age the man was brilliant and really infused this album with something that made the record on the whole remarkable and special.