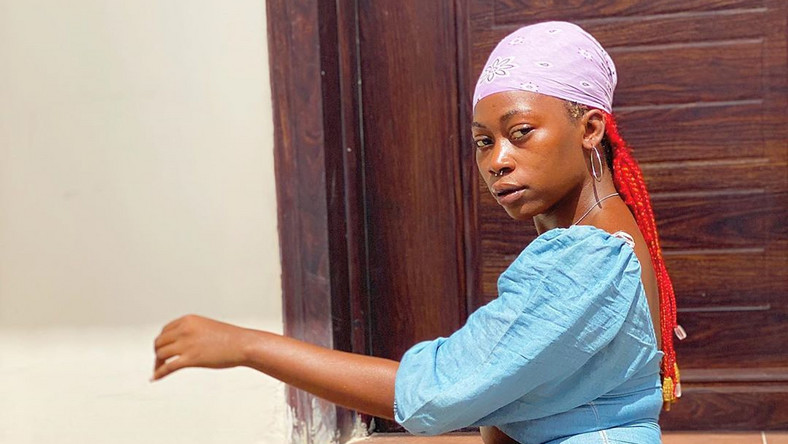 Nigerian music stars, Olamide, Dremo, and several other artistes have expressed sorrow over the death of a popular Nigerian dancer, Love Divine, popularly known as Kodak.

Details of her death remain sketchy as at press time.

But unconfirmed reports say the energetic dancer and video vixen was electrocuted while charging her phone on Wednesday evening at a video director’s home in Omole Estate, Lagos

PREMIUM TIMES gathered that she was subsequently rushed to a nearby hospital within the estate, where she was later confirmed dead.

The deceased was popular in the industry for working with Clarence Peters in music videos for acts like Burna Boy, Tekno, Davido, Olamide, and more.

One of the last videos she posted on her Instagram page was one of her with a popular dancer, Poco Lee.

The death of the dancer, who is well-known within the music industry, has drawn reaction from artistes.

“The vixen in the Haba Video, ‘picture Kodak’ just died, it hurts so much cos we became close after, I don’t know how to handle my emotions Face with cold sweat,” rapper Blaqbonez said on Twitter.

Many have started paying tributes to her. Rapper Olamide took to his Instagram page to pen down his tribute: “Rest Up”.

Also, popular dancer, Poco Lee, wrote: “We lost A Legend in the Dance Industry & Nigeria at large….Forever in our Hearts.”

Blaqbonez tweeted, “The vixen in the Haba Video, ‘picture Kodak’ just died, it hurts so much cos we became close after, I don’t know how to handle my emotions.”

Kodak’s management, Westsyde Lifestyle, is yet to release an official statement.

Check out some tributes to the late dancer below:

KODAK 💔💔 I still hope and pray you wake up in the morning and we move on like nothing happened. Never met you but 😞
Rest In Peace Queen 😞

Omo i don’t know how the people really close to P.Kodak be feeling right now but man my heart is heavy! the two times we met was pure vibes!! 🕯💔 pic.twitter.com/heP5dGsHMw

I will always remember you for the amazing person that you were, you brought life to everything you touched, it’s too hard for me to grasp the concept of your death but I hope you’re in a better place 😓 pic.twitter.com/dcCCiTI01n

COVID-19: Yobe’s index case ‘has no history of travel to high-risk states’ – Official