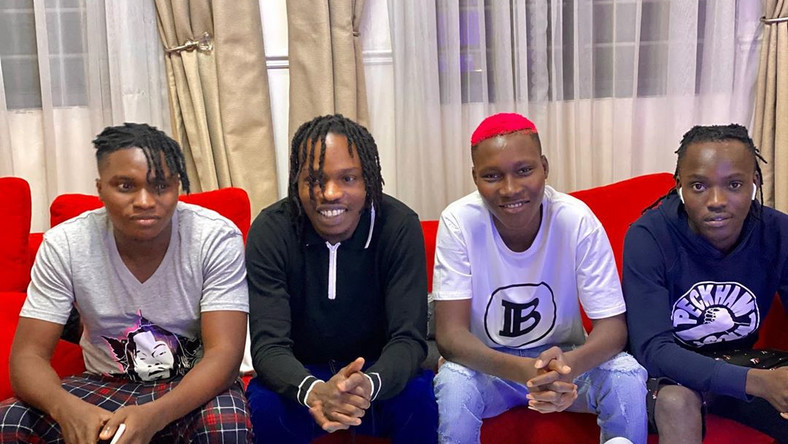 The ‘Marlian’ president presented the four artistes on stage for the first time during his show, ‘Marlians Fest’ which held at Eko Hotels & Suites, Lagos on Monday.

After the announcement, he gave his new acts an opportunity to perform at the sold-out show.

He also hinted fans about his record label but made it official when he posted it on his social media handles on Thursday.

Interestingly, all four acts are not greenhorns in the Nigerian entertainment scene.

Mohbad, an indigenous rapper, was the lead singer of Bankz Nation Entertainment. He was famous for his latest single ‘Jaabo’.

C Blvck and Naira Marley on the other hand recorded two songs together, ‘Ogologo” and ‘Tingbasa’.

A Chief Magistrate judge, Tajudeen Elias, had given Naira Marley, till January 14, 2020, to appear in court, else a warrant will be issued for his arrest.

The singer and his co-defendants – Idris Fashola, 18; Babatunde Fashola, 24; and Kunle Obere, 22 – are facing a four-count charge bordering on conspiracy, stealing, assault, and obstructing the arrest of Naira Marley.

Naira Marley came into the spotlight after he released ‘Issa Goal’ ft. Olamide and Lil Kesh in 2017. His controversial hit ‘Am I A Yahoo Boy’ released early 2019 however, earned him critical acclaim.

Malabu Scandal: Court approves detention of Adoke for another 14 days