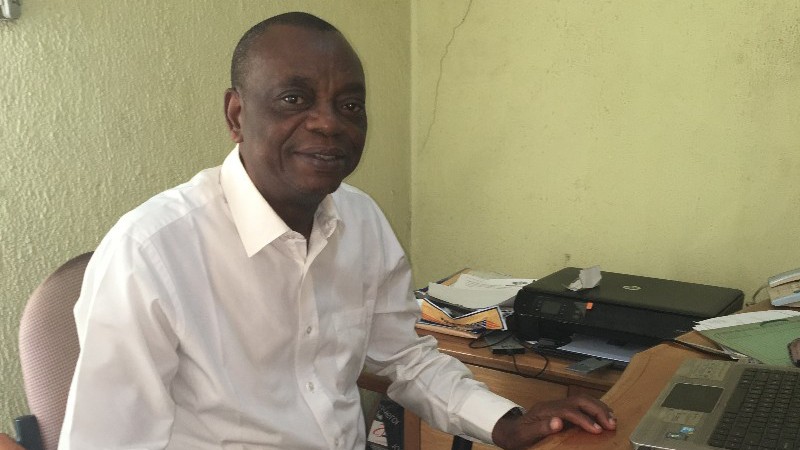 In the last decade, the Musical Copyright Society of Nigeria popularly known as MCSN, has been inundated with several challenges. The most prominent being a longtime battle with its fierce rival, the Copyright Society of Nigeria, (COSON) over royalty collections. In January, the Supreme Court affirmed the legal status of MCSN to operate as a collective management organisation for music (musical work) and sound recordings in Nigeria.

In this interview with PREMIUM TIMES, the Director-General of MCSN, Mayo Ayilaran, speaks about the business of copyright in Nigeria and the challenges therein.

PT: Despite the existence of MCSN, COSON and other collecting societies, copyright infringement appears to be on the rise.

Mayo: I quite agree with you to a large extent. When someone buys a CD, they believe they own it but there is a condition under which it was sold. First, you cannot broadcast it without the permission of the owner of the work. Two, you cannot play it outside your domestic environment. Three you cannot duplicate or do any other thing with it.

Then ignorance is a huge factor, not many people on the street understand the concept of copyright or the law. They always challenge having to pay the royalty. So, some of the challenges include general ignorance and lack of enforcement. Copyright personnel is still lacking, the capacity is still very short in terms of funding and equipment because we need adequate manpower to cater to the huge population that we have in Nigeria. Then, finance also to continue  with the educational materials (leaflets and video materials).

PT: Don’t you think MCSN and COSON have spent more time fighting each other rather than working together for the good of the industry?

Mayo: I do agree with you on this issue. But our law allows for competition, that is, multiple societies, going by our population and the various rights embedded in copyrights. When we were licensed, the first thing we did was to write to COSON on how we can collaborate but we got no reply. The next was a series of campaigns which they began and that made us put the thought aside.

In the United States, for example, they have big performing societies, and two or three mechanical rights societies apart from independent publishers who are doing their business. The only thing that is required here is understanding the roles and then the will to develop collaborative efforts. The attitude of ‘live and let die’ is dominant here but if we go by the attitude of ‘live and let live’, it’s a win-win situation.

If we have that kind of collaborative efforts, there won’t be issues but we have spent too much time on one society trying to kill the other. Actually, for the past ten years or so, the major focus of the other organisation is to kill MCSN but we have refused to die. So, at the end of the day, we are where we are. Now, we are looking inward to address these issues.

PT: MCSN was out of business for nearly a decade. Are you up to speed on happenings in the copyright administration and of course, what are details of the Supreme Court’s judgment?

We took the campaign down to Alaba market and told the pirates that we don’t intend to stop them from doing business but we need to get our royalties. Just a little of it, and the people said is it possible, and we said yes.

They began complying. That was 2006-2008. The next thing we saw, the market trends started to change, prices of CDs started to appreciate and before you know it, people become aware of what they wanted to buy. They began buying only CDS that have the MCSN sign or logo. We even got to the point when people in Alaba started reporting piracy themselves.

Furthermore, people from the west coast of Africa, Togo, Benin Republic, and Côte d’Ivoire were coming to Lagos to buy musical products and CDs for their country on the basis that it carried MCSN seal.

PT: What is the primary role of the MCSN?

Mayo: The primary role of the society is to assist in helping a music composer, author, fine artist who is a creative person and who has published works that are being used in the urban by the general members of the public to harness their rights and get the economic befit for them.

The law says you can live or eat by the work you have created but you can’t do that on your own. In many cases, you have people who use your work and will not want to acknowledge that, some people will tell you I bought the CD so I have every right to use it how I like but no, that’s not the position of the law. The moment you use an individual’s work outside your domestic environment and you use it during the course of your business, then you must seek the owner’s permission first. People want to get money in return for the use of their work, this is where we come in.

PT: Is MCSN just about music and musical works as well?

We were advised to take another name, so we added musical because as at that time, music around the world appeared to be dominating the copyright terrain. That does not really limit us to musical works, we are involved in literary rights, dramatic and audiovisual rights.

PT: Is registering with MCSN a prerequisite to enjoying the privileges you have just mentioned?

Mayo: Yes. To enjoy the rights and privileges, you have to be registered with MCSN. This is simply because moving with the body is more protective than moving alone, conversely, we render services to those using the work but many of them don’t know. Many consume these works without getting the license first, we help users to harness the right with a single license, and they get to play millions of works.

PT: Do they really pay these royalties?

Mayo: Yes, they do. It is a developing culture. They pay yearly.

PT: How can a lot of authors, musicians be improved through copyright laws? Do we still have any room for changes?

Mayo: Our attitude is that the right owner should come forward and get the maximum from whoever is infringing on the rights and we have demonstrated that. We have proof in our case against multi-choice Nigeria, where the court awarded us N6 Billion That one is a judgment that will make you think twice before you confront MCSN or deny it of its rights.

We have cases in court where we are demanding hundreds of naira for people. Felix Duke ran to us when his music was being used for the advertisement of Benson and Hedges and it happened in the U. K. We took up the matter and at the end of the day, he collected millions of pounds sterling

PT: Who are some of the artists that have benefited from royalties and how much monies did you pay them?

Mayo: Sunny Ade, 2baba Idibia. For the past 10 years, we have not distributed but before then, we did. I can’t disclose the figures.

PT: Tell me more about copyright as a business itself?

Mayo: Yes, part of the business is the huge opportunities within the system. I’ll give you a simple projection. If we have only 1 million hotels in this country and we charge each hotel N100, 000 for copyright issues per annum. Multiply 1 million by 100,000. That’s 1 billion. Excluding the costs that can come from broadcasters that are well over 200. We can calculate. Restaurants, bars, and even those recording. The online business, those streaming our music and others.

PT: Have you recovered some of your equipment and working tools seized by the Nigerian Copyright Commission (NCC) when they raided your Ikeja, Lagos office on September 2012?

Mayo: No, most of our equipment and working tools which were taken away have not been returned to us till date. That was in December 2007 and September 2012. These are databases and we saw our competitors try to replicate what we are doing but they can’t because the ideas lie with us, we know the corners, we know what next to do.

There is a huge work to be done, a huge ground to be covered but we are catching up because we never lost touch with what we’ve done.

We are raring to go, we have started but trying to gather speed. It has not been easy for an organization that has been down for nearly a decade to just come back suddenly and all over the place.

Whatever they have gained from us during the period of 10 years is null and void, so we are standing in the quick back to collect all the repertoire, equipment and grounds that have taken. They took our computers, database containing our files, documents. We are rebuilding our network and most of our databases are stored in the cloud and we can recover them.