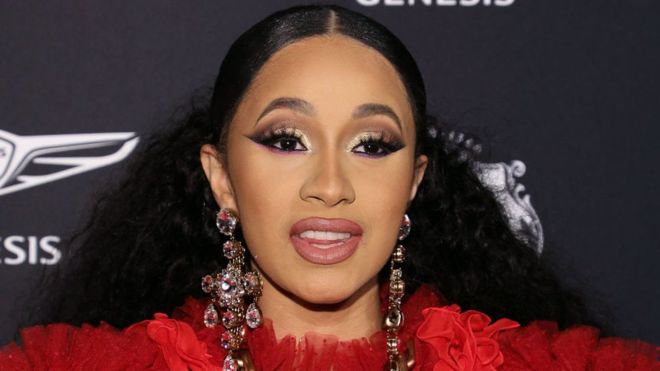 Grammy award-winning rapper, Cardi B, on Wednesday admitted that she used to drug and rob men when she worked as a stripper.

The controversial rapper also disclosed that she made the choices because she felt it was best for her due to the limited options available at the time.

The damning video which she made three years ago recently surfaced online and has generated a lot of backlash for the Bronx rapper with many calling for her arrest.

Despite expressing remorse over her actions, the singer is currently being trolled on social media.

In the video, Cardi B revealed how she used to trick men into coming back to hotels with her and then she would drug and steal from them.

The video, which was recorded from an Instagram live broadcast and posted online, also showed a visibly upset Cardi in tears as she answered a fan who said she doesn’t deserve her success.

The mom of one, who also disclosed how she dealt with men who cheated on her, has released an official statement stating that she is not proud of her past and she is not perfect.

Barely hours after the live video resurfaced, the rapper took to social media to elaborate on her comments and then express regret for claims she made in the video before her music career began.

Check out some of the reactions below

Me waking up after Cardi B drugged me pic.twitter.com/J682awEgLD

Once again the victimhood narrative and excuse.

Once again the Left does mental gymnastics to transform this into “female empowerment.” https://t.co/pCtXoSMyqR