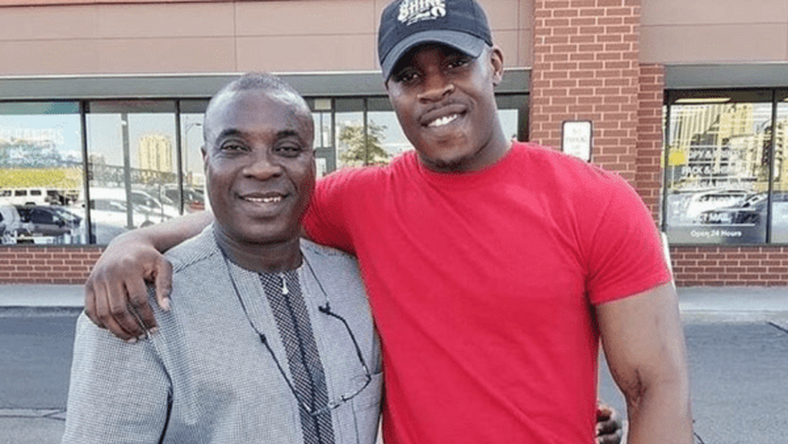 A Fuji music star, Wasiu Ayinde Marshall, also known as KWAM 1, has addressed reports of his son, Sultan Anifowoshe’s arrest over an alleged $2 million cyber-crime in the U.S.

Sultan, 26, was arrested alongside six others in Chicago. Two other alleged accomplices were arrested in Nigeria on Wednesday.

The defendants were charged in Chicago in International Investigation Targeting “Romance Scams” and “Mystery Shopper” Schemes.

Their arrests took place two weeks after each was charged with conspiracy to commit a wire fraud scheme, according to a statement from the U.S. Department of Justice.

Reacting to the news on Sunday, KWAM 1 confirmed that his son was indeed arrested but is not a fraud.

In a statement issued through his media and publicity director, Kunle Rasheed, KWAM 1 said the bail given to Sultan indicates that he is not involved in the crime.

The statement by KWAM 1 reads thus in full; “Our attention has been drawn to the news circulating that Sultan, K1 De Ultimate’s son was arrested alongside five other people in the US over Two million Dollars fraud.

“There is no doubt that my son was among those that were arrested but what is however not true is claims that he is a fraud. We can confidently say that he was not in any way involved in the crime, which explains the reason why he was the only person that was released on bail.

“The bail given to Sultan indicates that he is not involved in the crime; he is only a victim of circumstance who happened to be at a wrong place at a wrong time.

“Many detractors are quick to celebrate the news because to them, they want to get to the father. But the truth will always shine as light over darkness.

“Sultan, we believe will be given a clean bill of health at the next adjournment.”