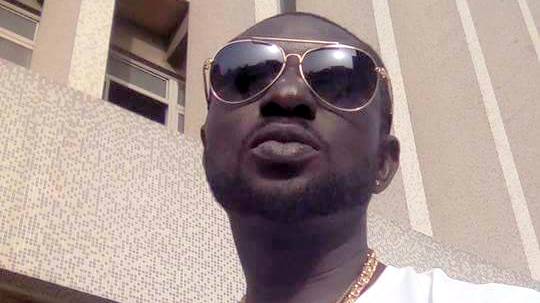 The singer made the allegation public on his Instagram page on Thursday.

According to BlackfaceNaija, he had no personal grievances against Wizkid and Banky W. He however said that his rights had been infringed on for years and he has decided to allow the court to decide his fate.

“I have remained quiet while my name has been dragged in the mud the past few years. Some of Nigeria’s biggest artists have infringed on my copyrights but I always restricted myself to speaking out against this in the media.

“Maybe because I always felt that music is an art and not really a business where you bring in lawyers and all that. That’s why I couldn’t believe when I was sued for N50m by the same people who stole my intellectual property.

“I have nothing personal against Wizkid & Banky, in fact I can say I groove to both their music, but the fact is that they stole my song in 2011 and there’s clear evidence to prove it. We’ll allow the Court to decide,” he said.

BlackfaceNaija claimed Wizkid’s early hit “Like the Way” off his debut album “Superstar” is a rip off of his song “Slow Whine.”

In the post, BlackfaceNaija played both songs to try and prove his claims, but that left bitter comments on his post.

However someone had a different opinion.

The lawsuit filed against Wizkid and Banky W comes after Blackface claimed a former band mate, 2Baba sued him for N50 million.

Blackface had over the years claimed that he wrote some of 2Baba’s biggest hits – “African Queen” and “Let Somebody Love You”, an allegation that left them in constant altercations.

However, 2Baba demanded a retraction of these allegations in a letter sent through Blackface’s lawyer, Seun Omotoba & Co.

Speaking exclusively to PREMIUM TIMES, Blackfacenaija took the time to explain why he decided to file the lawsuit against Wizkid and Banky W.

He said he had tried to reach out to them severally without any response, which prompted him to seek legal intervention.

“The guilty have nothing to say,” he said.

He also accused the media and industry players for undermining his career over the years.

While responding to these allegations, he charged his colleagues to create original content and also give appropriate credits when due.

“First of all the media have undermined my personality for a very long time because they have formed a caucus with the media to undermine me. So they have been undermining me for a long time and undermining my music and my message to the people” he added.

When asked if he had tried to use alternative sources to reach out to his fan base, he said he had tried but claimed that he was also sabotaged by telecoms giants.

“They can also sabotage you on those ones as well. Do you know if somebody goes there and says they don’t want Blackfacenaija’s music they will remove it?

“You people need to investigate this because it is like a corrupt government.

Responding to the lawsuit filed against him by 2Baba, he said there were no out-of-court settlements and that he and his lawyers are filing his defence while waiting for their actions.

“The reason why they sang my song “let somebody love you” without my permission and used my lyrics, they have to let me know.

“And they reason why he and A.Y used “African Queen” in a movie without me knowing they also have to let me know,” he said as he explained.

He acknowledged that 2Baba had his permission to use “African Queen” on his album but his grievance remained the inability of for the former to give him appropriate credit.

Blackface said he never gave permission for his song “Let somebody love you” to be used and 2Baba went ahead to make his manager Efe Omorige the writer of the song.

In response to the lawsuit against Wizkid, he said “I will use Wizkid and others as an example to show that it is bad to take intellectual property of people without asking for it because Nigeria is known for that.”

Efforts by PREMIUM TIMES to reach Wizkid and Banky W’s management were not successful as they did not respond to messages sent to them.