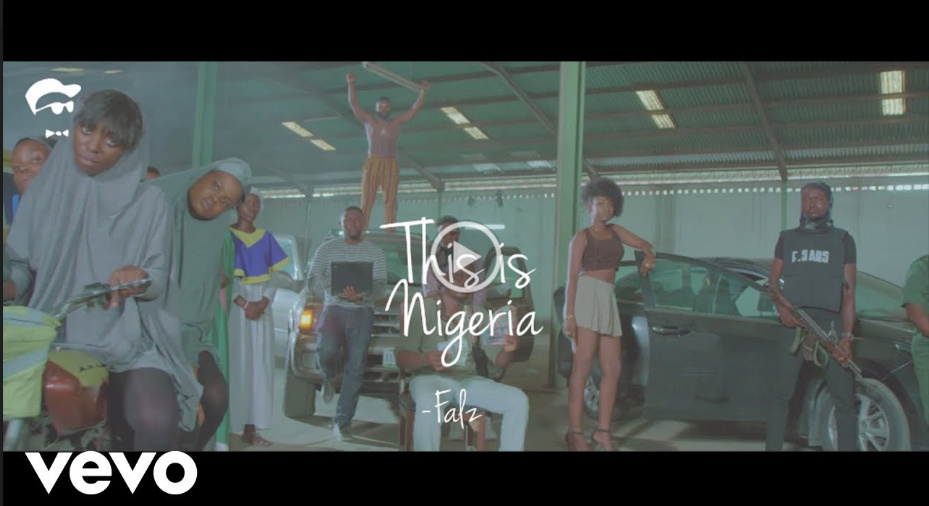 A scene from Falz's This is Nigeria video

The song mirrors the concept used by the American musician/filmmaker, Childish Gambino, in his hit ‘This is America’.

The video, which was released late on Friday, was met with mixed reactions, largely due to the sensitive issues it addresses.

Reacting to the video, which has since gone viral, the Bad Boy Records boss posted a short clip on his Instagram page.

Falz addressed a number of topical Nigerian issues in his song.

This is Nigeria’ was produced by Wande Thomas and the video was directed by Prodigeezy.

The satirical video also addressed a nation hooked on a reality TV show while mayhem persists all around.

The Cinematographer Tayo Aina captured the video shoot and has now released the BTS video.

He wrote, “I took my camera behind the scene of Falz “This is Nigeria” Official music video shoot and was able to capture a lot of what goes on to create a masterpiece which you would eventually see in the final music video.

“The whole video was done in 3 one-take scenes. It’s very similar to Childish Gambino’s “This is America” but this time reengineered to cover the issues we face in Nigeria as a people, From Drug addiction to Lack of Stable Electricity and a lot more.”