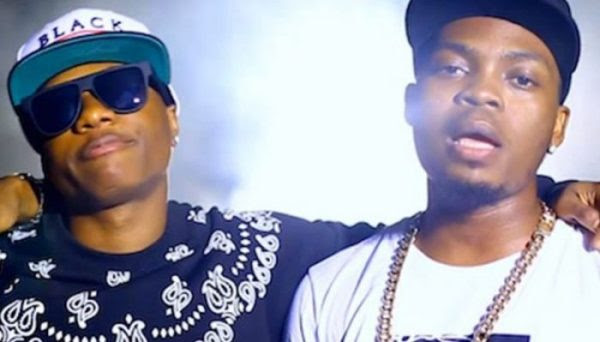 The music power weights took to their social media pages to write lines worthy enough to get fans guessing when a new track, with the both of them on it, will drop.

‘Science Student’ crooner, Olamide, first posted a picture of Wizkid in his studio on his Instagram handle @baddosneh.
He wrote: “Wiz came to bless some beats for me.”

The News Agency of Nigeria (NAN) reports that the hint has evoked series of replies from fans and celebrities alike, who were elated that the two stars are probably making new music together.

Below are some of the reactions:

This might be their third collaboration since they began their individual music careers. The two had come together on hit tracks ‘Ori Mi’ in 2017 and ‘Omo To Shan’ in 2013.

Wizkid came into limelight in 2015 when his hit song ‘Ojuelegba’ was remixed by American rapper Drake, subsequently leading to a Grammy nomination when he collaborated with the same artist on ‘One Dance’.

Olamide, known as the voice of the streets, has seven albums in his seven-year long career, and is currently thriving on the success of his song ‘Science Student’.