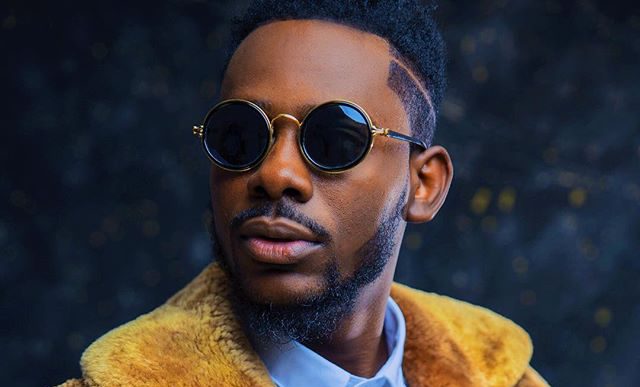 INTERVIEW: My rough road from ‘photoshopping’ to stardom- Adekunle Gold

Long before his entry into mainstream music, Adekunle Kosoko a.k.a Adekunle Gold was renowned for photo shopping himself into photographs of many celebrities. This earned him the moniker, ‘King of Photoshop’.

A nephew of legendary actor, Jide Kosoko, he shot into prominence in 2014 when dropped “Sade”. The track received enjoyed generous airplay in the media.

His follow-up single, titled “Orente and Pick Up”, also earned him rave reviews. Now a household name, the talented singer tells PREMIUM TIMES all about his remarkable rise to stardom in this interview.

PT: What gave you the confidence to embrace a style of music that wasn’t popular at the time especially at a time when commercial music was the order of the day?

Adekunle: I won’t even mince words, I was initially afraid. I was scared because I was skeptical that the Nigerian market was ready for it.

PT: So, why did you still go ahead?

Adekunle I took a huge risk my sister, I didn’t know how to do any other thing; alternative music was and is the only thing I know how to do. Starting out, I wanted to embrace a sound I was double sure of. I started out with a song, I was comfortable with irrespective of whether people were going to like it or not. I didn’t know but I was going to do ‘me’ because I have always believed that difference sells. And if am coming into an already saturated market what am I bringing that is different? Why do I want people to notice me if am doing the same thing these other guys are doing?

PT: Did you encounter any form of discouragement at that time?

Adekunle: A lot but thank God for the likes of Dotun of Cool FM, who played my first song back to back. I tried convincing a lot of people but it didn’t work. I mean that always happens, people love to associate with stars rather than support promising acts. But today I am what I am because I have been dedicated to just seeing my dreams come true and thank God for people around me who supported me as well.

PT: When did you get your big break?

Adekunle: It was when I released ‘Sade’. To be honest I didn’t expect it to do well, I just did it as a cover because I have been releasing other covers. In two weeks, the song was already a hit and I was surprised that people could love a song which was originally mine this much. So, I decided to churn out more songs with similar sounds and my story changed overnight.

PT: Unlike your peers, you didn’t have to toil for many years before becoming a super star. What will you say you did different?

Adekunle: One thing many people do not know is that I have been doing music for a very long time. I mean, I released a first song in 2007 when I was in a band, and we featured Skales and G.T Da Guitarman. We have been trying constantly to get our music out there and I decided to do it by myself without the band. So, I went solo. I feel like am barely three years in the game as a solo artist and I have done a lot. So, it feels good to know that in three years, I have sold out in different venues, out of the country. I sold out my first concert in Lagos. Its been an amazing feat and in retrospect, I can say yeah have done well for myself. I am not saying that I am accomplished now but have done well for myself.

PT: Why didn’t you stick to Photoshop and graphic designing?

Adekunle: I started photoshopping myself into the pictures of celebrities for the fun of it but it turned out to be a blessing in disguise. One Saturday morning, I was in my house and I saw a particular photo of Tiwa Savage, which I loved. So I told my friend to take my picture and I did my thing. I was struggling to get people to listen to my music at the time. So I thought, if I can be popular for this one, I might as well just do it. It might find its way to the people I really want to work with as a musician. I went on to do pictures with Toolz and Tonto Dikeh and it became a sensation. So, when I released a song, people didn’t take me seriously at first. They were like, “This Photoshop guy, what can he sing?”. But, here I am today.

PT: You were previously signed to Olamide’s YBNL label. Did it play a major role in your success today?

Adekunle: I studied Art and Industrial Design at Lagos State Polytechnic and I majored in Graphics. I landed a job as the official graphics designer for YBNL in what I would describe as a twist of fate. I designed the YBNL logo and what I initially had with Olamide was a purely a business relationship. I did a lot of design jobs for him as well. I also recall sending him a song that I wrote for him, but it took a lot of courage to do that because Olamide writes his songs himself. When I released Sade on my own then he said he would like to have me on board. I took the deal, fast before he changed his mind (laughs).

PT: There this very convincing rumour that you are you and Simi are an item.

Adekunle: I can tell you for a fact that I am in a very serious relationship.

PT: Your song, Orente was inspired by Simi?

Adekunle: Its no longer news that Orente was about Simi.

PT: You are currently blazing the trail with your live band. How ready do you think Nigerians are for live music?

Adekunle: We are ready now and Nigerians are embracing live music with both hands. Nigerians are tired of artists miming to songs on stage as against performing it live. My live shows as well as that of my colleagues have been sold out back to back.

PT: How difficult or how easy is it to maintain a band?

Adekunle: This is story for plenty days because, imagine flying a seven-piece band to London and having to process their visas twice. Imagine flying the same band to Dublin and paying a band for a show that you are not even getting paid for. Paying your own band for shows that you get honorarium, it’s not easy. But, I have my eyes on the prize. It’s not easy putting a band together, it’s not easy managing a band, but I am doing it, God is helping me. Thank God I have an understanding band, they know when it is rosy and when it is not.

PT: What are projects are you currently working on?

Adekunle: I’m working towards releasing an album titled ’30’ very soon. The album talks about everything I have been through and learnt in the last 30 years. Simply put, *30*, is a summary of my life so far.