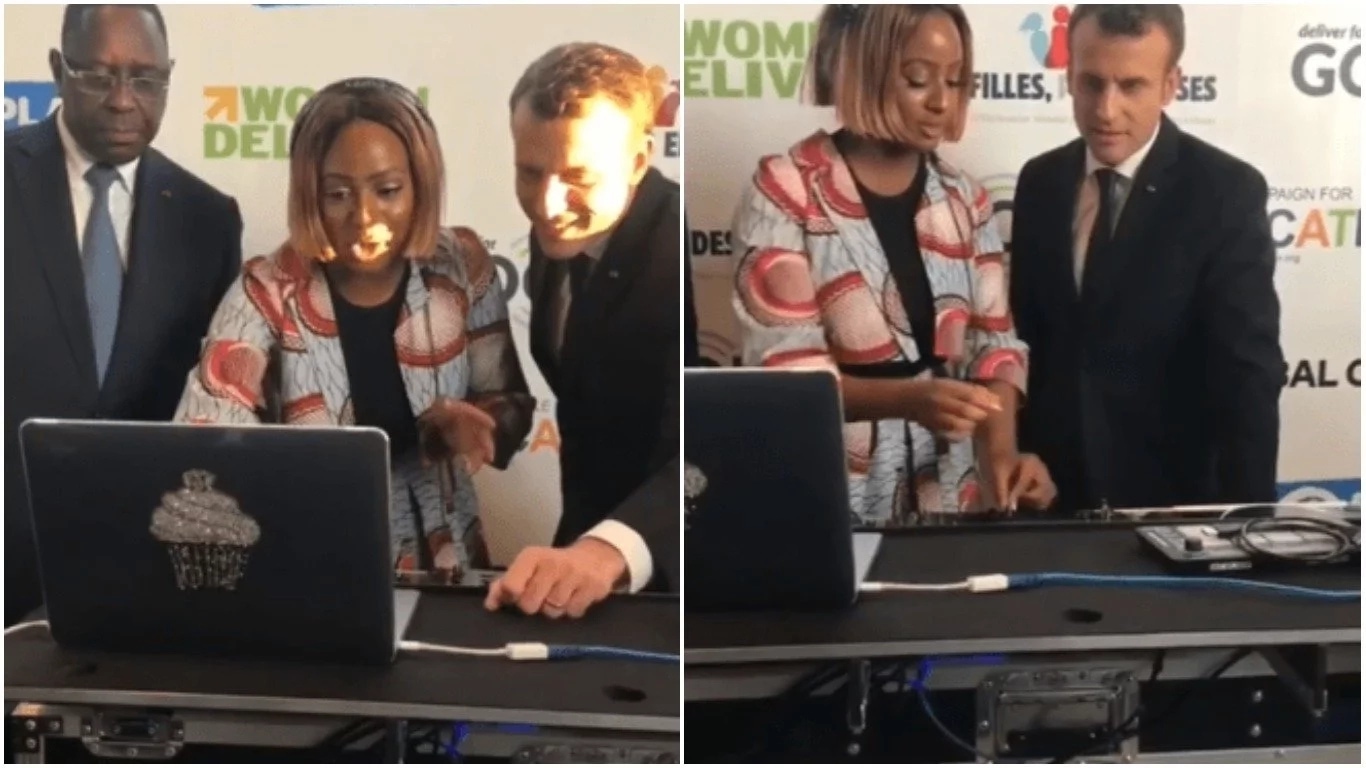 Florence Otedola, the daughter of billionaire Femi Otedola, stole the show at the Global Partnership for Education Financing Conference in Senegal over the weekend when she taught Senegalese President, Macky Sall, and French President, Emmanuel Macron, how to DJ.

DJ Cuppy, one of Nigeria’s leading Disc Jockeys, was one of the global influencers invited to the event. The event focused on ending extreme poverty and expanding educational opportunities for some of the poorest people in the world.

Dj Cuppy was filmed teaching both presidents the rudiments of her craft whilst also introducing them to Nigerian music.

The GPE Conference was co-hosted by Messrs. Sall and Macron. The conference which gathered global leaders and representatives from developing and donor countries, international organisations, private businesses, foundations and civil society organisations, is aimed at raising $ 2 billion a year by 2020.

As part of her commitment to the ideals of the GPE, DJ Cuppy pledged to sponsor 10 students to the university in 2018. Earlier in the week, she announced that the first of the recipient of her educational aid, Akeem Owolabi, is now studying at the University of Lagos.

DJ Cuppy told PREMIUM TIMES in a telephone interview on Sunday, that she was moved to start her educational aid because she wanted to create better opportunities for young Nigerians as well as help produce a generation of better decision makers.