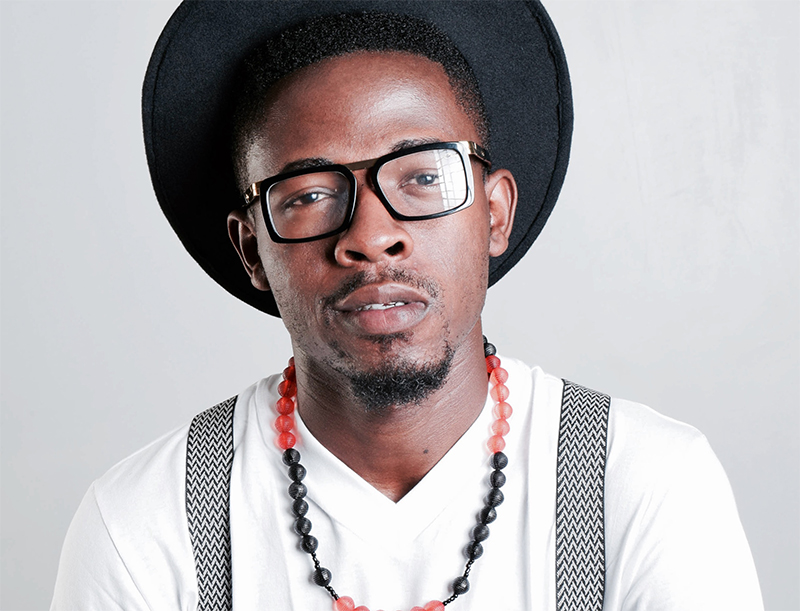 Every year, music critics and analyst compile lists of rookie artistes who should be on our radar. These predictions have over the years served as an impetus for hard work for upcoming artistes and those who strive to leave a landmark in the industry.

2017 ushered in a new wave of music sensations with some of them showing serious signs of climbing up the ladder in 2018.

While some are not so new to the industry, the urgency to become relevant in 2017 galvanized them into taking steps to stardom.

Music critics and analysts who predicted an ensuing year for DMW act, Mayorkun, and Afro-house diva, Niniola, as artistes to look out for in 2017 were quite accurate as 2016 primed them for landmark successes.

PREMIUM TIMES takes a look at artistes to look out for in 2018.

Nigerian singer, songwriter and producer, John Ighodaro, widely known by his music moniker, Johnny Drille, is probably one of the most sought after alternative musicians in Nigeria at the moment.

A graduate of English and Literature from the University of Benin, Johnny Drille started his musical pursuit at an early age at his father’s church alongside his siblings.

He was a contestant in the sixth edition of the MTN Project Fame Academy in 2013.

In February 2017, he reportedly got signed to Mavin Records and released an impressive debut titled “Wait For Me” which immediately became a fan favourite.

One very fascinating thing about his deal with Mavin is his unique sound and genre of music, which is quite the opposite of the conventional sound from his imprint.

Not allowing the heat he brought to the industry to get cold, he churned out another hit single titled “Romeo and Juliet” and a cover of Owl City’s “Not All Heroes Wear Cape”.

Judging by his social media interactions and reactions from fans, 2018 sure looks promising for Johnny.

Canada-based R&B music sensation, Nonso Amadi, is another artiste with a promising outlook in 2018. The Lagos-bred act started his music pursuit in 2012 but later moved to the UK where he obtained a degree from Swansea University.

He recently obtained a master’s degree from McMaster’s University in Canada.

The self-taught music producer and songwriter draws his inspiration from Jon Bellion.

In 2017, he churned out sultry singles like, “Long Live the Queen”, “Radio” and “Aika” which put him on the lips of many as one act with a promising outlook in 2018.

Zainab Donli, known by her music moniker, Lady Donli, is a fast-rising neo-soul/Afro-fusion artiste. Her unique blend of jazz, hip-hop and poetry, largely influenced by her Nigerian roots and culture makes her unrivalled in her chosen genre.

A graduate of Law from the University of Surrey, Ms. Donli has managed to create a unique fan-base for herself. She cites Erykah Badu, ASA, Nneka and Andre 3000 as her primary influences.

And no, she definitely isn’t entirely new to the industry, but 2017 served as a year of prominence for her.

“Ice Cream” is a song that reflects its title perfectly. It is a sweet and sticky jam that is perfect for the summer. Lady Donli sings of a lover that she knows is no good for her, just like well, ice cream.

Nanven Dogun, popularly known as Lord Vino or Lord V, is a Jos-bred rapper. A graduate of architecture from Covenant University, he moved to Abuja for his secondary school education.

A lover of golf, the rapper drew his early influence from veteran rappers like Jay Z, Fabulous, Mode 9, etc.

Popularly known as the only rapper with two MSc’s, Lord V’s lyrical prowess, delivery and dexterity makes him a force to be reckoned with.

In 2017, the rapper caused a stir when he responded to M.I Abaga’s controversial single titled “You Rappers Should Fix Up Your Lives”. The contents of his lyrics became a subject of social media discourse as he aired out his grievances without mincing words.

The widespread acceptance of the cover propelled the release of his “Upper Echelon” project.

Lord V is also known as the originator of the cliché “Pepper Dem Gang” and was the first to churn out a track titled “Something Light” which conflicts with Falz’ song featuring Ycee.

Lord V is definitely on the radar of artistes to look out for in 2018.

Manji Zakka Deyin, popularly known as Geniuzz, is a multi-talented Jos-born pop singer and rapper. The artiste started music at a very early age and decided to go pro after his university education.

He was formerly signed to Republic Records and later joined Effyzzie Music Group in 2015.

After churning out an impressive array of singles, he unleashed an EP titled “A Slice of Geniuzz” in 2017.

He has managed to stay consistent in 2017 and released an impressive cover of Dej Loaf’s single “You Deserve More” and another banger titled “Detty”.

Bella Alubo, born Mabel Oine Alubo, is a fast-rising Nigerian rapper signed to Tinny Entertainment. The Jos-bred rapper obtained an MSc in Microbiology from the University of Jos.

Her ascension into the industry could be attributed to her well-crafted mixtape dubbed “Bella 2.0: Lucid Dreaming”.

Her deal with Tinny Entertainment further put her as one upcoming artiste to be reckoned with in the industry.

Her debut release under the imprint “Radio” featured the label’s lead act, Ycee.

She followed up with another impressive single titled “Gimme Love”.

Another artiste on our radar is Tarela Henry Ekaye, popularly known as Squeeze Tarela. The dancehall/pop singer is currently signed to Independent UK Label. His blend of music and lush vocals has made him a growing sensation.

In 2017, he dropped very impressive singles like “Bend” and “Hottest Thing” and did covers of Davido and Selebobo’s “Waka Waka” and “That Sauce”, a cover of Ycee’s “Juice”.

The artiste has shown no sign of slowing down which puts him in a good place for stardom.

Another artiste on his way to success is Odunsi the Engine, born Bowofoluwa Odunsi. The artiste who rose to relevance, thanks to social media engagements, also became a Soundcloud sensation and has leveraged on it over the years.

His unique sound, Afro-fusion, has set him apart from his contemporaries.

His style of music which is slowly gaining commercial value sees him on the radar of artistes to watch out for if he continues to leverage on his growing fan-base.

Another promising artiste making our list is Afro-dancehall act, King Perryy. A graduate of Project Management from FUTO, the multi-talented artiste has released quite a number of tracks with his first entry titled “Number One” paving the way for him.

Slowly gaining acceptance into the industry, he decided to churn out an impressive Highlife infused dance track dubbed “Walakolombo”, produced by Siktunez and accompanied by a Ruffikonz directed flick.

In 2017, he also collaborated with Tinny Entertainment act, Dapo Tuburna, on the remix of “Continental Boy”.

Wilfresh, Born Iwinosa Wilson Iguodala, is a 24-year-old singer born and raised in Benin City, Edo State. The artiste is not entirely new to the industry for those in the know, as he has worked with some big names.

He became a more prominent figure in 2017 when he got signed to BAMZ Entertainment and shared an impressive pop single titled “I No like School” which quickly caught the attention of music lovers and critics alike.

He followed up with another impressive banger titled “Love for You”.

His lush vocals, lyrical dexterity and smooth guitar skills put him ahead of a lot of his contemporaries and is surely one act to look out for in 2018.