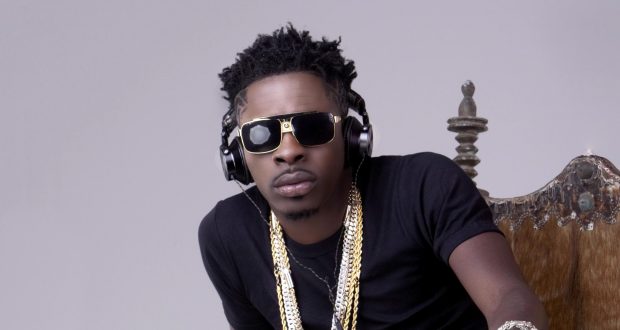 In a recent interview with Kasapa FM, Shatta Wale expressed his displeasure over how Ghanaians, especially celebrities, put Wikzid on a pedestal.

According to him, there is nothing exceptional about the afrobeats singer. He said Wizkid should be starstruck when he sees him (Shatta Wale).

“I will not see Wizkid and be stunned, I rather want him to see me and be amazed because I don’t see anything extraordinary about him, even though he claims to the best African artiste”, he said.

The multiple award singer is rated as one of Ghana’s most consistent artistes with an impressive discography to his credit.

Just recently, Wizkid claimed the top spot at the just concluded 2017 AFRIMA where he pitched three of the most prestigious awards: “Artiste of the Year”, “Song of the Year” and “Best West African Artiste”.

Nigerians on twitter are however not pleased with Shatta Wale and have decided to troll him for his recent comments.

Some Ghanaians also came out to defend their own. However, a few in a somewhat unusual manner supported Wizkid.

Read the diverse reactions below:

Shatta Wale trending on twitter Naija for actually doing nothing. Says a lot about the country. Unemployment keeps these people on twitter 24/7

Wizkid is just lucky to come from Nigeria 🇳🇬
That's the only place he can be a super star ….
A man with 1 eye will definitely be a king in the mix of Blind people

Hey my fellow nija pipo pls if u nodey fit understnd showbiz den ebi ur wahala oo. U fit diz shatta wale but not our presido den the innocent Ghana pipo. Sia Yu seff u get president ? Ur presido wey dey govern u on Skype wid the help of power bank seff u never go talk about it.

Good Morning @shattawalegh
Today is another day and I still stand by u ….

WIZKID IS NOT A SUPER STAR ooooooo tom !
He is can be a super star in his wallet 😏
Shatta Wale is taking over African watch out ….

Wizkid's 'Sounds from the other side' is bigger than Shatta Wale's career..The only thing on Shatta that's bigger than Wizkid is his lips..Tell him to sit down!

Meanwhile Bum Bum by Timaya has over 48 million views on YouTube, and he didn't say a damn thing.

Wizkid casually walks into Drake's crib for them to create bangers..shatta wale is here struggling to get a feature from Patapaa..There are levels to this…I'm Ghanaian and I don't support nkwasiasem…Shatta Wale is not fit to lace Wizkid boots. ..Argue with your China phone!