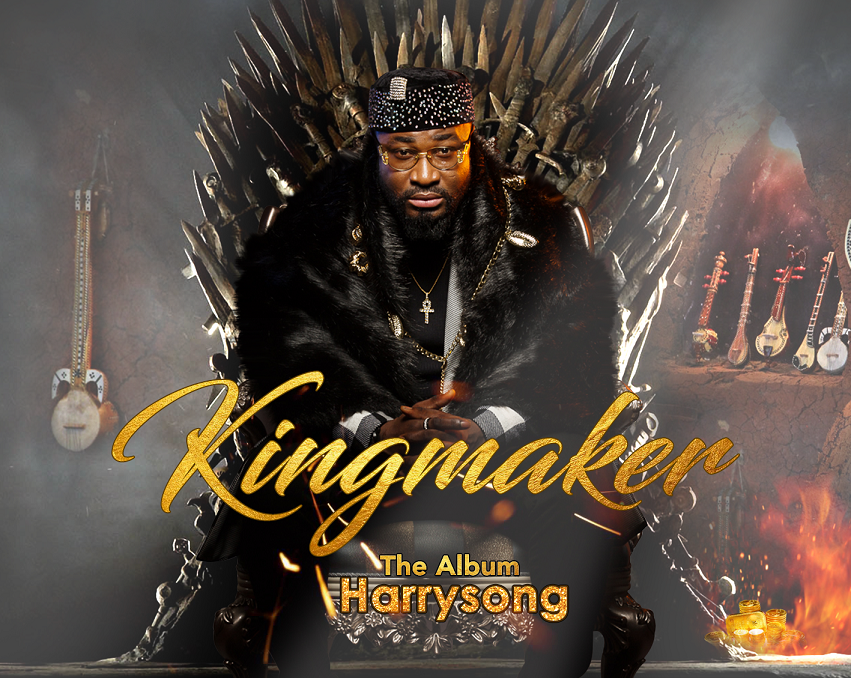 Nigerian singer, songwriter and Alterplate boss, Harrison Okiri, widely known as Harrysong, has shared the official album art for his soon to be released album “KingMaker”.

The unveiling of the album art and track-list comes shortly after the release of his recent music video titled “Under The Duvet” shot by Clarence Peters.

According to a statement made available to PREMIUM TIMES, the “KingMaker” album will be available for purchase on November 31.

The album is produced by Pastor Sam, Twin Beattz, Dr. Amir, DarlingBeatz, JazBlender and Del B.

Harrysong reacted to the lawsuit, saying it was “a well-orchestrated stunt by an individual who is hungry and desperate to be famous by all means, even at the expense of another artiste’s career.”