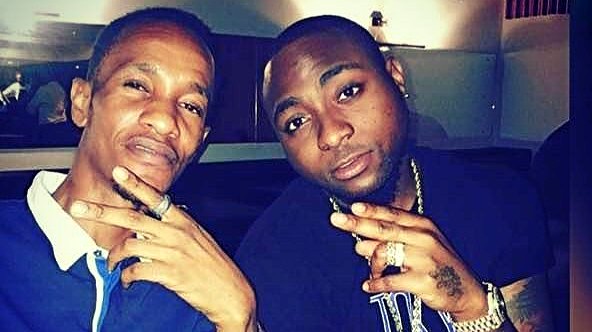 The remains of Tagbo Umeike, the late friend of music artiste, Davido, who died from suffocation, have been buried.

The burial was done in his family compound in Anambra State on Friday.

There had been rumours that Mr. Umeike died of alcohol poisoning after his birthday party at Shisha Lounge in Lekki, Lagos on October 2.

Davido, full name David Adeleke, became a person of interest after the rumours began circulating that he had a hand in Mr. Umeike’s death.

The rumours became rife when Tagbo’s girlfriend and actress, Caroline Danjuma, accused Davido of not being truthful about what transpired on the night of Mr. Umeike’s death.

Two other associates of the singer, DJ Olu, 25, and Chime Amaechi, were also found lifeless in the former’s BMW car parked in the underground garage of Block B, Banana Island, Lagos, three days after Tagbo’s death.

But after a tumultuous three weeks, Davido’s lawyer, Bobo Ajudua, said the singer has been cleared of all allegations of murder or involvement in the mysterious death of Mr. Umeike.

Mr. Ajudua said Davido was released by the police and was absolved of murder allegations against him, and is free to go about his business as he pleases.

“We’ve been to Panti and my client has given a statement there too. It’s clear from all the investigation, evidence, and statements given so far that David was not at any point with the deceased after he left him alive at Shisha room and as such he’s been released to go about his business.

“Of course if called on to give any more information he would gladly.

“But in truth, he only knew so much about the night and has reproduced this time and time again.

“They’ve also observed the consistency between his statements and those of all the others interviewed, as a result he’s been allowed to go,” he said.

The lawyer’s claim has not been confirmed by the police.

Though Davido said he was wrongly accused and many allegations had been made against him in the media, he said he has forgiven everyone that said anything negative about him during the hard time.

“Thank you, Jesus. Any persons that said false things about me or accused me of what I don’t know, I sincerely forgive you and God bless you.

“We move on, let’s all be better. Thank you, Lord. Thank you to everyone that prayed for me and to those who didn’t, maybe you forgot.

Eight people accused of being ‘vampires’ killed in Malawi