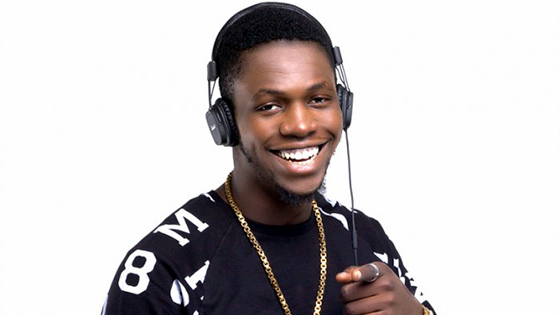 The family of popular disc Jockey, Olugbemiga Abiodun aka DJ Olu, who was found dead in his car alongside another young man, Chime on Saturday, has denied that he might have died of drug overdose.

In a statement released on Tuesday and signed by the deceased’s brother, Seye Abiodun, the family described the death as “tragic and regrettable” but pleaded with the public to disregard insinuations about the cause of their son’s death.

Olugbemiga, 25, and a friend, Chime Amaechi, were found lifeless in the former’s BMW car parked in the underground garage of Block B, Banana Island, Lagos on Saturday.

DJ Olu was a close associate of hip-hop musician, David Adeleke, aka Davido, while Chime was a member of Davido’s crew.

The duo’s death came three days after another friend of Davido, Umeike Tagbo, died at a bar in the Lekki area of Lagos after allegedly taking thirty shots of Tequila on his birthday.

The Lagos State Acting Commissioner of Police, Edgar Imohimi, had reportedly confirmed the deaths and the recovery of substances suspected to be drugs from the victims.

He, however, said the police would subject the substances to laboratory tests for identification.

The deceased was a 2016 graduate of the University of Essex, UK, and the first of his parents’ five children. His father, Dapo Abiodun, is a former senatorial aspirant of the All Progressives Congress, and the owner of Heyden Oil.

It was gathered that Olugbemiga was already being groomed by his father to take over his business conglomerate. On his Instagram page, DJ Olu already added CEO, Heyden, to his profile.
The Abiodun family’s full statement reads:

https://ssl.gstatic.com/ui/v1/icons/mail/images/cleardot.gif“The Abiodun family confirms the tragic and regrettable demise of our beloved son, Olugbemiga.
“We know there are many questions as to how or why such tragedy would happen to such great individual but still, God is in control.

“The past few days have been most trying for the family. We are saddened by his demise but we are comforted by the well wishes and kind thoughts of friends around the world.

“Olugbemiga has touched so many people on so many different levels during his short life but few had the pleasure of truly knowing him.

“He was a down to earth, generous, kind-hearted, idealist and a selfless individual who was extremely inspirational to many.

“The family hereby, pleads with the public to disregard insinuations being peddled by certain sections of the media about the actual cause of our son’s death.

“An official result of the autopsy conducted will be made available as soon as it is ready. Until then, we urge everyone to kindly respect our family’s need to grieve and come to terms with our loss privately.

“We remain humble as parents and a family, among several around the world who are bereaved via the tragic loss of a child.

“It is never easy to come to terms with the heart-wrenching and enduring agony that accompanies the death of a loved son.

“But our family will forever treasure memories of the extremely joyous days spent with Olugbemiga, prior to his demise. Those precious memories will stay with us forever. We are privileged to have some of his amazing, magic moments captured in our hearts.

“To everyone who knew him, Olugbemiga was a son and man of immeasurable talent and promise. To those who knew him more personally, he was a consummate artiste and citizen of humanity. We knew him as a devoted son, a loyal and very generous brother and friend.

“We treasure the outpouring of grief, empathy and love from unbelievably wonderful network of close friends in Nigeria and from around the world.

“Families rarely experience such stirring warmth, compassion and support, as have we, from every corner of the planet.

“This has profoundly touched our hearts and lives. We are eternally grateful.

“At this moment however, we respectfully request the worldwide media to allow us time to grieve privately, without the intrusions associated with press and photography.”