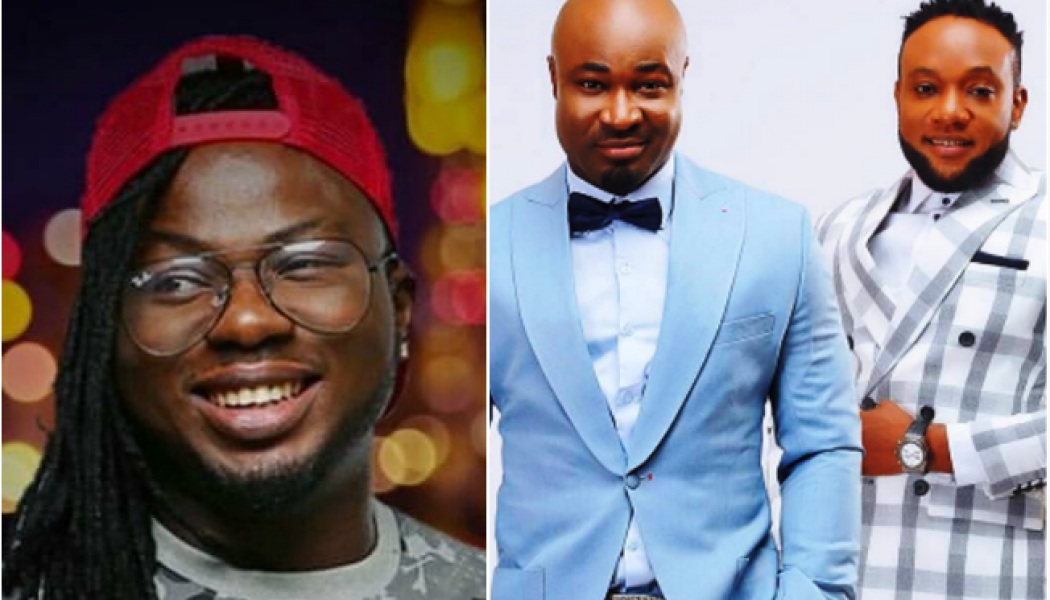 AlterPlate record label boss, Harrison Okiri, aka Harrysong, has reacted to an N45 million intellectual theft lawsuit slammed against him by a producer, Dr. Amir, on Wednesday.

Dr. Amir alleged that Harrysong’s hit ‘Samankwe’ is his work, and is demanding N45 million.

He also filed a similar suit against Five Star Music artiste, Kcee, for unauthorised publishing of the song “Afro-shake” which he said was produced and written by him.

Dr. Amir once worked at Five Star Music as a producer while Harrysong was also a signee of the label.

The music producer commented on his Instagram page on Wednesday as he went on a rant on the social network.

In a chat with PREMIUM TIMES on Thursday, Harrysong described the lawsuit as “a well-orchestrated stunt by an individual who is hungry and desperate to be famous by all means, even at the expense of another artiste’s career.”

Explaining the genesis of the feud, Harrysong said, “On Monday, Amir called to intimate me of his plan to stir a controversy using my name, an idea I immediately objected to.

“It was very alarming to read about a suit he purportedly filed against me in some section of the media, yesterday. As I speak to you, I have not been served any legal note by any chambers.”

Harrysong also claimed that Dr. Amir is trying to become famous by pulling some stunts.

“As a reputable company, we have a unique way of spreading our contents using the media, stunting is definitely not part of it. Asides suggesting that the young man subjects himself to a proper brain evaluation, we at Alterplate feel he has also crossed a dangerous line and betrayed our friendship with him and as such, he will hear from our lawyers in no time. For the avoidance of doubt, I have here, proof of a text message he sent to me on Thursday, trying to pacify me.”

PREMIUM TIMES also spoke to Dr Amir, and he said, “Whatever is going on between Harrysong and I right now is strictly confidential and between him and I. I don’t know what he means by saying that he has not yet received a lawsuit; maybe his managers haven’t served him with the notice. I am surprised that he claims that my lawsuit is a publicity stunt. For, now, I have no further comments to make because my management will reach out to him shortly.”