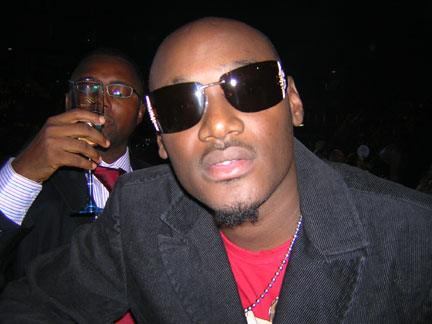 Nigerian music star, Innocent Idibia a.k.a 2face, was born in Jos, Plateau State, 42 years ago. He is one of Africa’s most decorated and successful Afro- pop singers.  Also one of Nigeria’s most bankable singers, 2Face has MTV Europe Music Award, one World Music Award, five Headies Awards (Hip-hop award), four Channel O Music Video Awards and one BET Award for his achievements in music to his credit. His other awards include four MTV Africa Music Awards, one MOBO award and numerous additional nominations.

As he turns 42 today, PREMIUM TIMES relieves his grass-to-grace story.

1. 2face had his O-level from Mount Saint Gabriel’s Secondary Makurdi in 1992. In secondary school, he formed a group called Black Universe with three other friends. While seeking admission into a higher institution, he formed an alliance with his now estranged friend/ex-band mate, Augustine Ahmedu (BlackFace Naija) who was a class ahead of him in secondary school. They began performing at secondary schools shows in Otukpo and Makurdi in Benue State. At the time, 2Face was known as “Inni Raps” while BlackFace’s stage name was “Barrister the Pirate”.

2. 2face attended a one-year pre-degree remedial programme at University of Jos in 1994. As an undergraduate at UNIJOS, 2Face formed a three-man group called Bad Manners. The group wowed crowds with the sensuous rendition of popular R n B and reggae songs in University and Polytechnic campuses around the Benue – Plateau State axis.

2face was admitted into the Institute of Management & Technology, Enugu to study for a National Diploma in Business Administration in 1995. He re-connected with BlackFace who was already studying at IMT. In Enugu, 2Face continued performing at social functions within IMT as well as at Enugu State University of Science & Technology, Enugu and University of Nigeria Enugu Campus These performances attracted the attention of DJs at 96.1 FM station in Enugu. This saw him composing and singing standout jingles for the station.

3. Following a widespread acceptance in Enugu, 2face was convinced that music was his calling, hence his decision to relocate to Lagos. So, he dropped out of the ND programme to pursue a career in music. Before leaving Enugu for Lagos in January 1997, 2Face and BlackFace, formed the group Plantashun Boiz. They decided to ditch their monikers name “Inni Raps” and “Barrister the Pirate” for 2face and Blackfaze respectively.

4. BlackFace’s elder brother sponsored the recording of Plantashun Boiz’s demo tapes that enabled them to showcase their talents to TV show hosts, radio DJs and event promoters in Lagos. Though their first performance in Lagos was at a DJ Jimmy Jatt’s show, the band captured the attention of Lagos fans when they began making regular appearances on Cally Ikpe’s famous TV show, Live Beatz.

5.Plantashun Boiz’s got their major break when they featured in the “Rothmans Groove in the Hood” tour of 1998. During the tour, 2Face met the Remedies and became good friends with Tony Tetuila. When Tetuila left the Remedies in 1999, he turned to 2Face for assistance with his solo effort. When Tetuila’s first solo album “Morning Tyme” dropped, the standout tracks were “Omode Meta featuring Plantashun Boiz” and “My Kind of Woman featuring 2Face”. 2Face’s voice on both tracks turned them into national hits and instant classics. The success of these songs rubbed off on Plantashun Boiz, as their popularity grew and music fans eagerly anticipated their debut album.

6. In 2000, Plantashun Boiz (which now included a third member, Chibuzor Orji, also known as Faze) released their debut album “Body and Soul” on Dove Records. The album was a monumental success. After the release of a second album “Sold Out” in 2003, 2Face opted out of the group and went solo later that year.

7. 2face released his debut solo album, Face 2 Face in 2004, which established him as a viable solo artist. 2Face teamed up Kennis Music on the album and by the time the first single “Mfana Ibaga” hit the airwaves, a mega star was born thanks to the classic song “Africa Queen”. 2face featured BlackFace on the album. In the same year, he became the first winner of MTV Europe Best African Act Award in 2005.The video for the song “African Queen” was also the first ever video to be played on MTV Base Africa. The track was also featured as one of the soundtracks of the 2006 Hollywood movie, Phat Girls starring Monique.

After two years of worldwide tours and concerts, 2Face released his second album titled “Grass 2 Grace” in 2006. The album, which had hit tracks like “One Love”, “See Me So”, “E Be Like Say” and “True Love”.

8. 2Face still remained friends with BlackFace and Faze and in 2007 they came together to release a Plantashun Boiz reunion album titled “Plan B”. The album had hit songs “Say You Believe Me” and “If You Want It”. After Plantashun Boiz’s third album, 2Face faced his solo career and in 2008 he dropped his third album titled “The Unstoppable” which was released under 2Face’s music label, Hypertek Entertainment. It featured collaborations with international artistes such as R.Kelly, Chaka Demus & Pliers and Sway. The album had hit tracks like “Enter the Place”, “Can’t Do Without You”, “Go Down There” and “Fly”.

9. The singer dropped the name 2face and adopted Tubaba while performing songs from his sixth studio, album The Acension at ‘the industry Nite in 2014.

10. The renewed beef between Blackface and 2face began on January 25, 2016, when Blackface in a series tweets lashed out at 2face and his manager accusing them of stealing his intellectual property. He threatened to take them to court. Not long after, 2baba responded to him describing the statements by Blackface as unfortunate. Today, Blackface is best known as co-writer of “African Queen” with 2face.