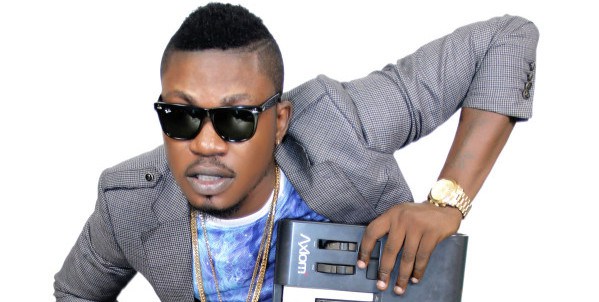 Top Nigerian music producer and singer, Solomon Oyeniyi, aka K-Solo has paid his dues in the industry. He began his career 12 years ago as a sound engineer before venturing into music production. Also an artist, he has produced hits and award-winning songs for the likes of Timaya, Banky W, Klever Jay, Paul Play, and many others.

In this interview with PREMIUM TIMES, the producer, who had a bitter split with his first wife in 2012, sheds light on the Nigerian music industry and his personal life

PT: Has music been profitable?

K-Solo: It has really been profitable and I do it full time because I have a family that runs my other businesses for me. Let’s assume the first car you ever bought without engaging in fraud was gotten from proceeds from ‘Alaba’ isn’t that lucrative? All I have to do is to keep working on myself, improve my craft and devise several methods to make more money. I also make money from online streaming and download. I recently received a cheque from Klever Jay’s  “Koni Koni Love” which was released as far back as nine years ago.

PT: Talking about Alaba, you said you bought your first car with proceeds from Alaba. Were you referring to pirates?

K-Solo: No it’s not pirates. The money I made from Klever Jay from his first album was N7 million. At Alaba, the traders gave me N3 million in Cash and later gave me a cheque of N4 million. The monies were payment for distribution and proceeds from album sales. We make money from CDs; in fact you will be surprised to know that people buy CDs outside of Lagos. People who live as far as Sapele, Onitsha, enjoy our songs so much that if there is a crack on a CD they purchase a new one immediately.

PT: And your Lagos fan base?

K-Solo: It is just of recent that Lagos music fans focus on downloads. Back in the past, what they bought was more of mix of greatest hits by top artistes. For instance, when fans buy a Banky W album and only like two tracks, the guys at Alaba end up making a mix album because that is what the Lagos fans want.

PT: Is that a good trend?

K-Solo: It is not good and in fact online downloads is crippling us. For instance, imagine a blogger buying a song from iTunes and then puts it up on his site for free because he wants traffic. We are not finding it easy in this regard. Just a few of us are smart enough to pay iTunes extra and link it up to Google to checkmate illegal downloads.

PT: Do people still stream and  download the song?

K-Solo: Yes they do!! The point is this, Lagos is actually the headquarters for music, and people still love old songs. For example when companies take artistes on tours to areas like Ilorin in Kwara State and you play your new songs they usually look confused, but when any of your old songs is played they are up in the air jumping. These people still stream and download my songs every time, some people change their phones and cannot download my songs and they don’t have access to computers to download my songs. They have to go online to download my songs as caller tunes and this applies to every artistes. These are avenues through which we make money as musicians. Aside from that, we also have a large fan base outside of Nigeria especially in South Africa and Kenya.

PT: Most Nigerian artistes claim to have a large fan base outside Nigeria.

KSOLO: Yes we do. I also have followers on social media who say, ‘I am your fan and I stay in Nairobi’ while some will be like I have a DJ who plays your song frequently in our club.

PT: As a musician and producer, which comes first?

K-Solo: When I began music production, our equipment was more of analogue. It was very stressful, so I preferred to switch to singing. But when everything turned around for the better, I switched to production and it has paid me better. Production is wild; it relaxes my nerves and also involves some deep thinking.

PT: Is it easier to sing?

K-Solo: It is much easier, especially if you are a trained professional singer. Then, all you need is a good beat, which you can sing to.

PT: What really makes a song a hit?

PT: Do you have any grouse with your industry?

K-Solo: I think it is high time we stopped selling cheap. Imagine an artiste saying that he will collect nothing less than N5 million to perform and then another artiste goes behind him and says bring N1 million and I will manage it. This messes the other artiste’s brand since you come cheap. Artistes live lavish lifestyle and they require so much money to feed that habit.

PT: What project are you currently working on?

K-Solo: I am working on a compilation album, which will see me, record songs with all the artistes I have ever worked with. They include Timaya, to Muma Gee, Kleva Jay amongst many others. I also recently signed my first female artiste, Ma’Diva.

PT: Your first marriage ended bitterly. Do you have any regrets?

K-Solo: What happened to me has made me feel bad. Coupled with the fact that I was born into a Christian home and my father never had two wives. He didn’t have any children outside wedlock and this has made me feel bad. At that stage in my life, I sought counseling and I was made to realise that these things are meant to happen to you because of who you are. Controversies also trail  legendary musicians like King Sunny Ade and it could have affected his career if it happened during this social media era. The advent of social media has not really helped matters.

PT: What did you learn from the experience?

K-Solo: It has taught me to be myself and I also got to know who my real friends are. When I had problems with my ex-wife and settled eventually she showed me emails of people who sent her numbers of people to grant interview to further fuel our issues. But, at the end of the day we settled and this taught me to watch the people whom I call my friends .The entire incident has actually made me stronger.

PT: So are you still married to your second wife?

K-Solo: Yes, I am married to a Cameroonian and we have a lovely son and everything is fine with us.

PT: Since you have settled with your ex-wife, are you too still in touch?

K-Solo: No we are not in touch, I actually broke the communication ties with her. She has a child for me who is being taken care of by my family. She is the only one I had an agreement with and that is what I want.