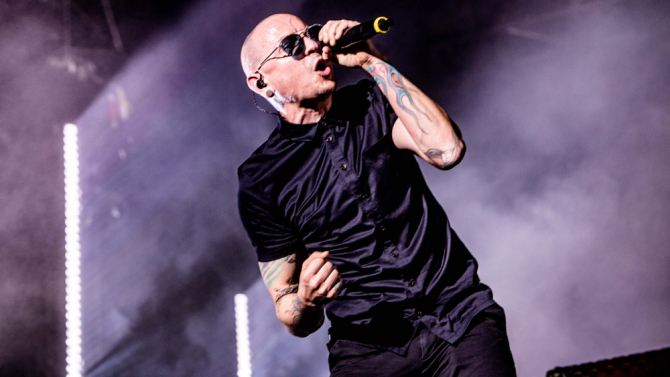 The 41-year-old was found lifeless inside his private residence on Thursday morning in the Palos Verdes Estates in Los Angeles.

His housekeeper discovered his body around 9:00 a.m.

The death, which was confirmed by the Los Angeles County coroner, is being treated as a suspected suicide case.

According to reports, the news of Mr. Bennington’s death came on the day of his late friend, Chris Cornell’s birthday.

Cornell, 52, the lead singer of Soundgarden and Audioslave had also reportedly killed himself in May.  Bennington had honoured him with a performance at his funeral.

On October 24, 2000, Linkin Park released their debut album, Hybrid Theory, which gained the band prominence on the music scene.

From 2013 to 2015, Bennington was also the lead singer for Dead by Sunrise and Stone Temple Pilots.

He got married to his first wife, Samantha Marie Olit, in October 1996 but they later divorced in 2005. In 2006, he married former Playboy model, Talinda.

The shock of his death was evident in a tweet by his former band-mate, Mike Shinoda.  He said “Shocked and heartbroken, but it’s true. An official statement will come out as soon as we have one.”

Shocked and heartbroken, but it's true. An official statement will come out as soon as we have one.

Reactions have continued to pour from fans and celebrities worldwide as they expressed the blow his demise has caused.

Mr. Bennington was said to have battled with drug and alcohol addiction.

Top 5 brands that may face Nigerian govt.’s heat over sponsorship of foreign clubs