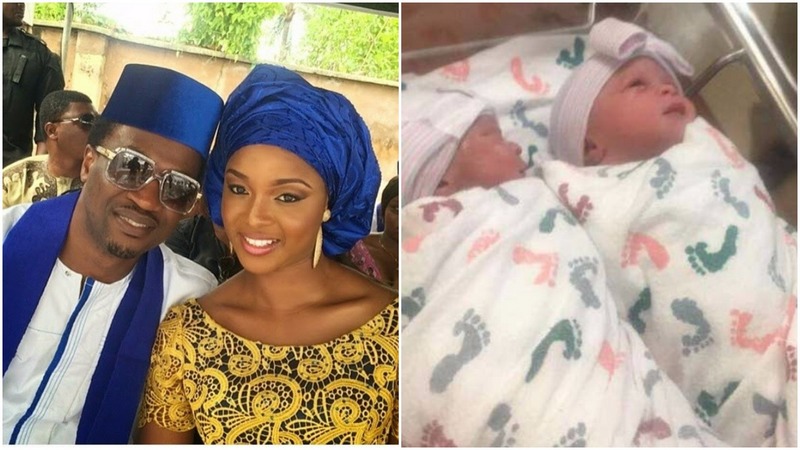 Paul Okoye and Anita his wife with the twins

Paul Okoye, one of the identical twins and R&B Nigerian singers, P-square, has announced that he is now a father to a set of twins.

The elated singer took to his Instagram page to announce that his wife, Anita Okoye, on Sunday gave birth to a boy and a girl.

“What else can I say. God we thank you; now the house is complete, full house soon.”

The couple, who had their first child, Andre in 2013, named their twins Nathan and Nadia.

Paul reportedly met Anita in 2004 while attending the University of Abuja, and they got married in March 2014, after courting for almost a decade.