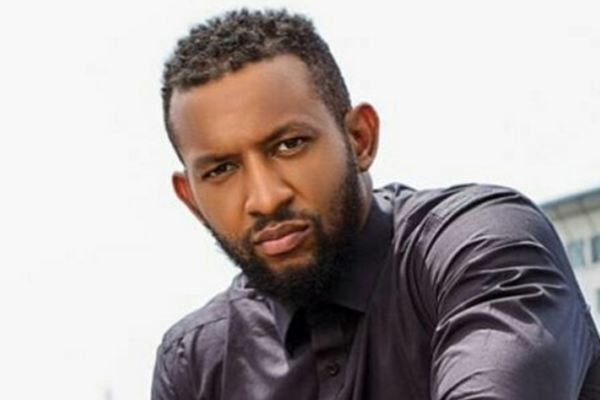 Confirming the demise of the gospel artiste, his brother, Derreck Arubayi, in a chat with Vanguard Newspaper, explained that the deceased took ill after taking an expired drug meant to treat his malaria and typhoid ailment.

He said: “He had malaria and typhoid, which was untreated. It later became worse after he took a medication that had expired and this triggered his liver ailment and afterwards, every other thing just followed at a fast pace before his death.

“The only thing that we had to say is that he lived for Christ. We just want the world to know that the name Eric Odafe Arubayi was for a reason beyond the West Africa Idol show. “For that reason, God would make manifest even beyond his glorious ascension.”

Eric, a son of a former Vice Chancellor of the Delta State University, Eric Arubayi, was a popular worship leader at the House on the Rock Church in Lagos.

He shot into limelight after he emerged a finalist at the West African Idols in 2007. He launched his debut album, ‘Redefined’ in 2011 in Lagos. The singer tied the knots with a former model, Chinonso, in 2016 and the union is blessed with a son.

Meanwhile, many Nigerian celebrities have continued to pay endless tributes to one of their own on social media.

Why God why so much talent gone. The world will miss you #mentor

Where are you, EricArubayi? My brother, my friend, I left you here safe and healthy before I travelled to the US in December.. Came back, Kept Checking on you, and was yet to see you face to face in 2017… But now I won’t have that chance anymore cause you have flown away.

Just like that… Ehnnn!!! So much running through my head , too many memories… We’ve been thru a lot together over the past 10 years and counting……… Co-Worship Leaders at House on the Rock Church, we’ve traveled many cities together, ministered together … A true brother indeed, can’t ever forget how you rushed to my side the morning my Dad passed away and you stayed the whole day with my family.

Always looking for my trouble, blunt and never afraid to tell me that truth even when it hurts… What about our many choir wardrobe fights… Who would disturb me now??

Your unreleased videos nko, your album.. Too many plans in the oven….. Your wife, Your Son???? There’s just too much, Too much running through my head.

Oh lord my God, Help us in this time Please help us lord

Aaaaaarrgh a General struck down! Just look at this fine young man! But you know what, His soul is the finest cause He gave it to Lord long ago! Along with his talent! Devil ntooooooorrrrr you lost this one!!! He’s in the best place ever in the universe! Rest in the Lord’s Bosom Eric Sing for Him eternally till we join you over there! I celebrate your salvation and ministry!Adieu!!! #Prayers For your young family. The good Lord will heal and comfort them. By His mercy your wife will not lose her faith! In Jesus’ Name. Amen!We miss your quality and excellence!

I can’t believe it, I choose Not to accept, You were Such a pleasant fellow from Abraka Days , A strong believer of Christ & Am So heart broken this Morning….. May you Rest In Peace Brotherly #Gone2soon#Eric#Rip

Last time we saw was at Pita’s As I Am concert. Such a beautiful soul, you didn’t need to be really close to see it.

Good night brother, see you on the other side of eternity.

Praying God comes through mightily as a rock for your wife and son. Friends, May we make the most of our time on this earth. Goodnight brother. We met few times, very few times, but always so kind. That smile. The warmth. My memory of you IS an inspiration, Eric.

This was the first day we met… the idols audition … I didn’t make it but u did … even after making it big u took me along..

You gave me hope that I could succeed… treated me like a brother.. Seeing you on TV sing and smile gave my heart a lift and hope. I remember when u would call me to tell me u were coming to Abuja and invite me.. You made me feel like I was a star. Introduced me to everyone. And when I was leaving back to Kaduna, you will give me a lot of money and clothes.. I never thought I would have.. I remember when u forced @omawonder to make me sing because I didn’t make it to the idols show. You taught me how to sing in falsetto… I never thought it was possible because of my voice texture… you pushed me and taught me how. …..ERIC

“I’m not a thief; I can’t be a thief”, James Ibori says at thanksgiving service