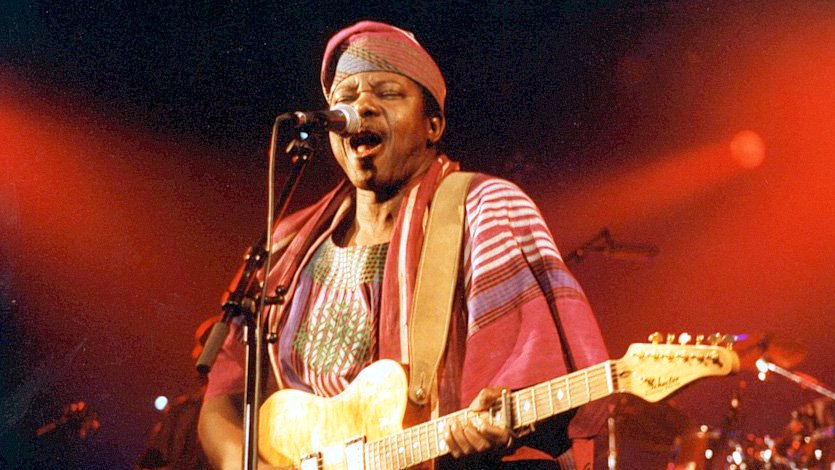 The guitar, which was auctioned by Jogun Onabanjo, Certified Auctioneer and Chief Executive of Onabanjo and Onabanjo & Co, was designed by Nigerian artist, Victor Ehikamenor.

The glittering artistic piece was revealed at the King Sunny Ade‘s  70th birthday concert tagged Sunny on Sunday, which had an audience comprising of Nigeria’s richest and top celebrities.

The starting bid of N9 million was followed by a very competitive bid by the well-heeled audience consisting of influential businessmen such as Aliko Dangote and Femi Otedola, and closed at N52.1 million.

While the bid was in progress, the asking price for the guitar doubled to N17 million under two minutes before exceeding the N50 million benchmark in 15 minutes.

The winner of the auction is yet to be revealed.