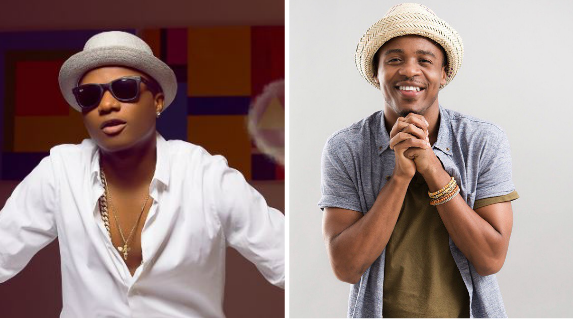 In a shocking turn of events, MTV European Music Awards has stripped Nigerian superstar, Wizkid, of the “Best Africa Act” award he won at the show which held at the Ahoy Stadium, Rotterdam, Netherlands, a couple of days ago.

Wizkid was announced as the winner of the coveted award category a day before the actual ceremony.

The MTV EMAs website now reflects Tanzanian singer Alikiba as the winner of the award while Starboy Wizkid has deleted all reference to him winning the award from his social media pages.

This is not the first time that Wizkid and Alikiba will be at loggerheads for recognition as they are always engaged in a supremacy battle. The two artistes had a confrontation at Chris Brown’s Mombasa Rocks Music Festival in Kenya a couple of weeks ago. At the event, Alikiba claimed to be a bigger star than Wizkid in Kenya.

An official statement issued by MTV EMAs as regards the change reads:

“MTV congratulates Alikiba who has won Best African Act at the 2016 MTV EMAs. The news was revealed November 10 after the incorrect results for Best African Act were posted late Sunday night November 6 due to an error.

“Six Worldwide Act winners, including Wizkid, were selected by an international committee of MTV executives to recognize current artists who are rising to have a wider Geographic appeal beyond their local region.

“The winners were chosen based off a range of criteria including international MTV video play, radio airplay, streams and sales across multiple territories and regions. The winner of Best African Act was selected by fans via votes on MTVEMA.com.”

An MTV spokesperson commented, “Both Wizkid and Alikiba are great artists and deserving winners at the MTV EMAS and we congratulate them wholeheartedly on their achievements. We apologise for any confusion we have caused but we are pleased to recognize the achievements of both these artists on this global platform.”

“Thanks to MTV for this huge honour . It’s very exciting to be recognized at the MTV EMAs and I am delighted to bring home the award to my fans in Tanzania and East Africa. Thank you to my family and management,” commented Alikiba.

Meanwhile, the Tanzanian act has spoken out in condemnation of the series of attacks on Wizkid following a mistake made by MTV European Music Awards in an Instagram post.

It read, “I am not happy with what has been going on, on social media .I have a great appreciation for Wizkid as a fellow artist and as a fan. I am very disappointed and saddened by the insults and attacks directed at him, and I want to be very clear that I condemn this behaviour and I believe none of my true fans are part of this irrational silliness and stupidity as they know I have always had love for Wizkid.”