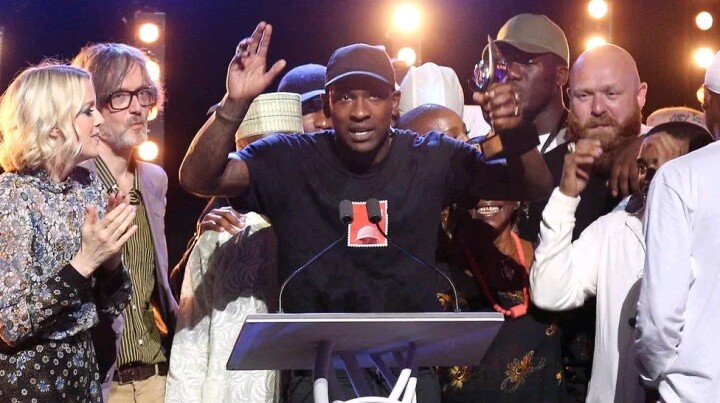 British-Nigerian rapper, Joseph Adenuga, better known as Skepta, was awarded the UK’s prestigious Mercury Prize on Thursday for his album “Konnichiwa”, in recognition of a resurgent homegrown genre.

The award ceremony, which held at London’s Eventim Apollo, saw Skepta win the £25,000 award price for self-released album Konnichiwa, which covers topics including police harassment and his anger at British politics.

Skepta, who featured in Wizkid’s Ojuelegba remix, belongs to a Hip-hop genre called the Grime, a genre of music that emerged in England in the late 90s to early 2000s.

It is primarily a development of UK garage and jungle, accustomed with heavy instruments and is mostly homemade.

“The internet has given a lot of opportunities to people who are not built for big corporations,” he told the BBC after winning the award. “It allows you to speak to fans directly. To make things from your bedroom and give it to them.”