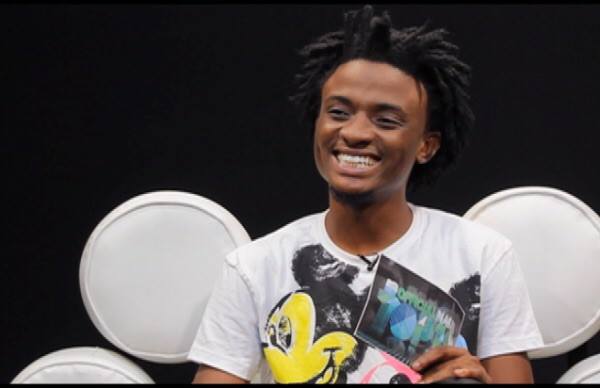 Why I like women of all sizes – MTV Base jockey, Ehiz

Popular MTV Base video jockey and on-screen personality, Ehizojia “Ehiz” Okoeguale, was very quick to confess that he likes girls of all sizes and shapes so long as they have a good sense of humour.

The second edition of the MTV Base VJ Search was held in 2013 with Ehizokjie Okoegulae aka “Ehiz” emerging as winner and he went home with $10,000 and a brand new car.

Since his win, Ehiz has become a regular face at high profile events, red carpets and he presently hosts “Naija Top 10″ and “Word on the Street” on MTV Base.

He is also set to be the host of Ridiculousness Africa, an all-African video clip comedy show showcasing and commenting on hilarious and crazy African Internet videos.

In this interview with PREMIUM TIMES’ Ebuka Onyeji, the winner of the MTV Base VJ search 2013, ‘Ehiz the Dada Boy’ as he is fondly called by fans, throws more light on his personal life and what it takes to be a Video Jockey.

PT: You won the 2013 MTV Base VJ search, what were the difficulties you faced and what made you stand out from the rest?

EHIZ: Standing out? I swear to God I guess it’s just personality, positive energy, simplicity and the ability to connect with the crowd that made me stand out. The difficult part that we face is the difficult thing that every single Nigerian face. No light, no fuel and the traffic. “Dollar don cost die” that’s the difficult part but basically it’s been Godspeed, God has been watching us day in, night out. We travel but it’s not by our might. God is still in control, the family is getting bigger and we are looking for another Video Jockey.

PT: Speaking of the search for the next MTV Base VJ, what are you really looking for? What is the unique special ingredient you want? What does it take to be EHIZ?

EHIZ: The next person shouldn’t try to be me. MTV base is looking for leaders, if you check the lineage of MTV VJ’s they have always been leaders in their own field so for you to be next-in-line, you need to have the swags, positive vibes and be eloquent. When you enter anywhere you have to light up the room. It happens we have seen people do it and judging from the brand MTV Base once you hear the name you know it has to be fresh, you know people like MTV so the person has to be real because it will be your life, it’s not like a banker who starts work by 8a.m and closes by 4pm, no! when you are a VJ you sleep as a VJ, you wake up as a VJ there is no clocking out so that’s how it is.

PT: You studied computer engineering, what motivated you for showbiz?

EHIZ: Damn! It really started long ago men! It’s just something I found myself doing and I discovered I derive joy doing it. Back then in school, we host small shows and before you know it your name starts ringing a bell. As for the engineering thing, “na person pay our school fees so you just have to make the man happy”. Laughs…

PT: Do you have a girlfriend and what is your type of woman?

EHIZ: None that I know of. You know a lot of speculations circulate around the media that you date this or that person so that’s why I said none that I know of but I like dark skinned women and a woman who’s got flesh; You know I’m a slim guy laughs. Basically any woman that jokes a lot and makes me laugh is my typical kind of woman.

PT: Are you gay? Or straight?

EHIZ: Giggles. Hmm no no no I’m not gay, I’m straight like a pencil and I like women.

PT: What’s your take on this new trend called dabbing? Some section of the public think it’s immoral.