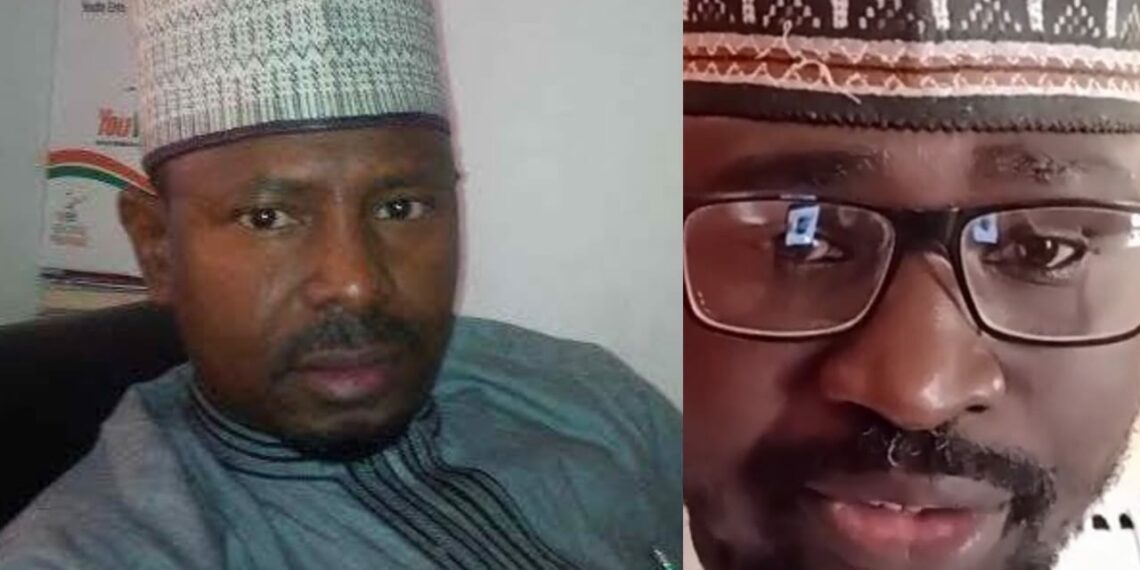 Sarfilu Zarewa accused Kannywood actresses of not staying in their marriages.

A Kannywood singer Sarfilu Zarewa has apologised to actresses in the Hausa film industry for accusing them of not staying in their marriages.

The State Security Service had arrested the singer in Kaduna following a complaint from the Motion Pictures Practitioners Association of Nigeria (MOPPAN) accusing him of lampooning Kannywood actresses in his new song.

In the song, Zarewa said: ” Kannywood actresses do not stay in marriages because of lack of home training.”

The song didn’t go down well with Kannywood actresses, including the married, and they subsequently filed a complaint at the Kannywood movie regulations body, MOPAN.

Wasila Isma’il, a Kannywood actress married to a famous actor, Ciroma Al’amin, petitioned the singer in a letter addressed to MOPAN.

The musician was detained by operatives of the SSS in Kaduna.

In a statement signed by Al-Amin Ciroma, the national PRO of MOPAN, Wasila Isma’il, an actress, wrote a complaint letter on behalf of other women in Kannywood.

Mr Ciroma told PREMIUM TIMES that the SSS had asked the singer to apologise to the actresses in writing a song.

” The DSS has asked the singer to write an apology letter to the actresses through MOPAN and sing a new song debunking what he earlier said in his music.

” He has sent a letter of apology to MOPAN and has sung a new song debunking his earlier claim,” Ciroma said.

Suleiman Hassan, a close associate of Mr Zarewa, who also spoke to PREMIUM TIMES, said the singer had apologised to the women in writing and song.

“He sang the earlier song in good faith, but it turns out to be something else. He accepted his mistake, and he apologised. He has made a short video and audio recording apologising to all the women”, Mr Hassan said.

No Kannywood producer ever paid me more than N5000 – Ladin Cima