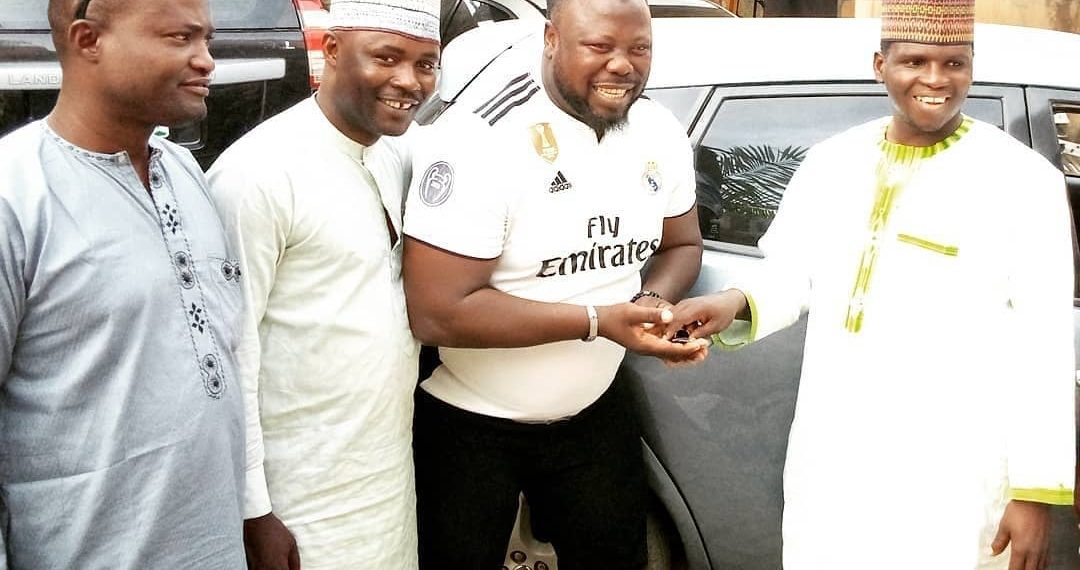 "I will remain grateful to you and pray that Allah reward you abundantly," a beneficiary actress said.

Rarara stunned the actors with unscheduled visits to their homes in Kano during which he presented the gifts.

The beneficiaries include Tijjani Asase and Jamila Nagudu. But the total number of beneficiaries could not be ascertained at press time.

Jamila said she could not hold back tears while receiving the car key from Rarara.

“I will remain grateful to you and pray that Allah reward you abundantly,” she said in a video she shared on her instagram page.

The second beneficiary, Tijjani Asase, also said he was short of words when he got the car gift from Rarara.

The actor said the gift came to him as a surprise.

“I never expected this huge gift from Rarara. It was really a big thing for me.

“When I told my family, including my children, everybody bursted into tears, including me. I don’t know how to thank him for this gesture. I pray Allah rewards him abundantly,” Asase wrote also on his Instagram page.

Rarara is known for his political campaign songs for the APC and President Muhammadu Buhari.

In 2020, he asked Mr Buhari’s supporters to donate ₦1000 each for him to produce a new song for the president.

One week later, the singer wrote on his Instagram page that he had realised over ₦70 million from Mr Buhari’s supporters.

However, he has not released the song yet.