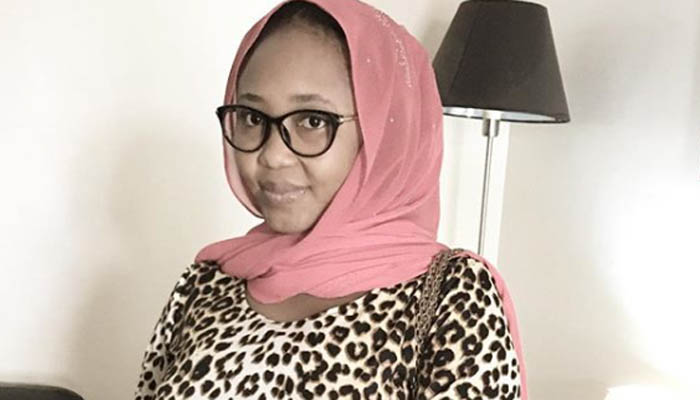 Kannywood’s Ummah Shehu has told PREMIUM TIMES that not having a film village in Kano was a big disaster for the kannywood entertainment industry.

In an interview with the actress and producer in Abuja, Ummah said Kannywood would have been a world class entertainment label if the proposed film village actually became a reality.

PT: Kannywood seems to be losing out in northern film market. Why is this so?

Ummah: As a producer and an actress, I cannot shy away from the fact that, yes, Kannywood films are now losing out in the market. The main problem is that you can hardly access films now. What I mean by films, I mean good films. The first issue of course, is piracy which we have talked about over and over again and the second issue is not having the proposed film village that was conceived in 2016.

That was the solution Kannywood was looking for and we were almost on the verge of having it before politics took our dreams away.

PT: Was that the problem?

Ummah: Yes, it was a project that will closely look like the Hollywood.

It would have solved all the problems we are facing now. It is supposed to be a N4 billion project that will give us befitting world class cinemas, world class film theaters, training places, studios, standard film marketing places and many more.

This project was targeted at giving professional and interested individuals job to do. But we missed it.

PT: I think you can also bring up the matter again to the people involved so that can be revived.

Ummah: I am not sure that will work again because the issue has generated serious debate among Muslim clerics especially those in Kano where the project was supposed to be situated. They kicked against it and you know how we do things here.

PT: What is the way forward now?

Ummah: The only way is to keep doing what we are doing and appeal to government to also help us with piracy and develop the industry by investing in it.

PT: With this problems facing the Kannywood industry, when are you likely to release your film, ‘Burin So’?

Ummah: I am not scared of anything. Many people have produced their films and are yet to release it because they are not sure of making back their money and profits. For me, I will not do that, right now I am at the concluding part of the post-production. The trailer will soon be ready and I will blast it.

PT: Are you not afraid of piracy, after spending millions of Naira?

Ummah: I am not at all. In fact I can tell you now, I have confidence that when my film comes out it will hit the market big and that is what I believe in. I will follow the right channels when releasing my film and will make sure I avoid anything that will sabotage my effort and leave the rest to God.

PT: Now that people are not getting Kannywood films so easily, they patronizes Hausa dubbed Indian and Chinese film, what would you say about that?

Ummah: I am not quite happy about that at all. I am not. I see it all over the market and in people’s homes and that hurts me a lot but what can we do. Like I said the film village would have solved the problem but we missed it.

PT: You mean without the film village you cannot do anything to help the Industry among yourselves?

Ummah: There is a limit to everything. We are trying our best. And we will keep trying.

Our elder colleagues in the Industry are also doing their best to see that something is done. I say Kudos to people like Ali Nuhu, Rahama Sadau, Sani Danja, Yakubu Mohammed, Usman Uzee and many others for going beyond Kannywood to show that we are good in what we do here in the north. That is one step that could drive investors to the industry and invest.

And again let me tell you if there is one media outfit that Kannywood should reckon with, it should be PREMIUM TIMES. You have been part of us. You keep making us relevant in the eyes of the people. You follow us, you find us and you tell the world about us. Many people who are not Hausa’s do not read about us, but you did that. We thank (you) and I think that is part of the next step you are also helping us to get to.

PT: Thank you for the praises.