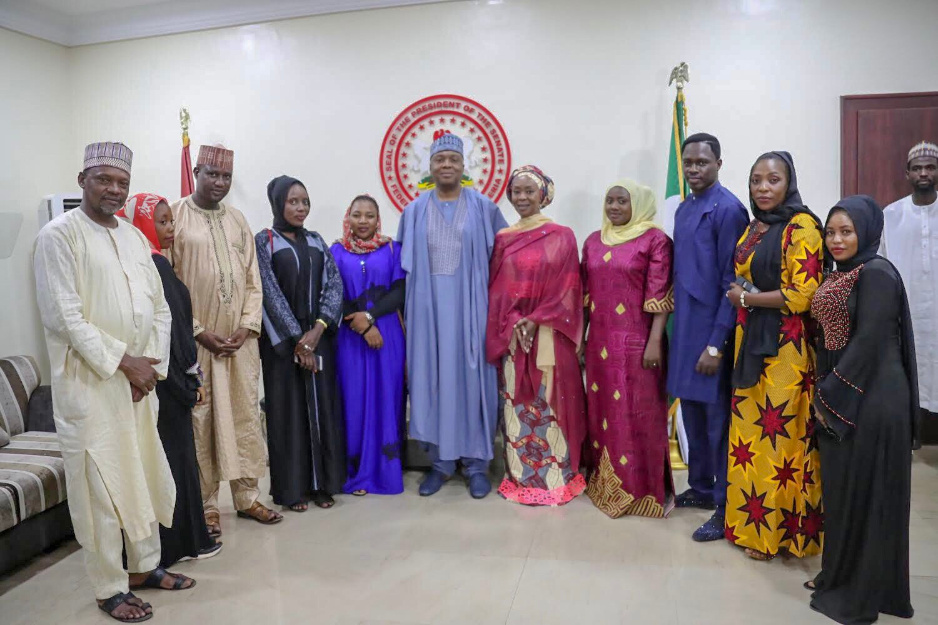 President of the Senate, Bukola Saraki, on Tuesday evening, hosted Ali Nuhu, Salisu Aliyu (Chali), Tijjani Faraga, Maryam Habila , and other members of the Kannywood film industry at his home in Abuja.

In tweets on his @BukolaSaraki handle, Mr Saraki stated that Nigeria’s domestic film industry is the second largest producer of films in the world; in this regard, it was a pleasure to meet and interact with actors, actresses, directors and producers from Kannywood.

The president of the Senate also said: “These men and women have worked very hard to develop our nation’s Hausa language cinema, which is watched by millions. Kannywood practitioners are creating new forms of employment for our young people through entertainment, and we applaud them.”

Our domestic film industry is the second largest producer of films in the world. Last night, it was a pleasure to meet and interact with actors, actresses, directors and producers from Kannywood, led by Salisu Aliyu (Chali), Ali Nuhu, Tijjani Faraga and Maryam Habila. pic.twitter.com/abXTrbrdMT

My husband planted `magun’ on me, wife tells court