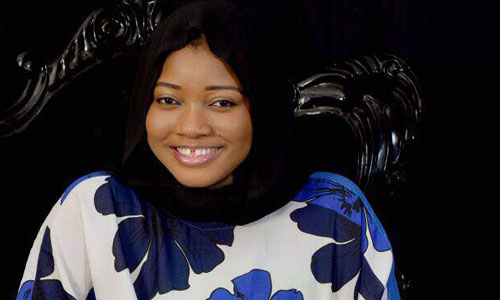 PREMIUM TIMES had a chat with the 22-year-old actress in Abuja recently where she spoke about her foray into acting among other issues.

PT: How did you clinch the role in Gwaska as a new actress ?

Hajara: I am a lucky actress; as a newbie the makers of Gwaska found me worthy enough to star in their film. And it was my first Kannywood film. It cost Zango over N7 million to shoot the film; it was a big budget film by all standards.

I played a police officer in the film. Although not a prominent role, it was a dream come true for me as a new actress. We all know that featuring in an Adam Zango film is a huge achievement.

PT: What films have you starred in afterwards?

Hajara: I featured in the first Kannywood English film, ‘There is a way’

PT: What is your assessment of the new crop of Kannywood actresses?

Hajara: I really think the sky is their limit. Kannywood is going places. The industry is growing and I can bet you it would attain world-class standard soon.

PT: If you weren’t an actress, what career path would you have towed?

Hajara: I am just a young woman, 22 year-old to be precise; I am working to further my education. However I will still act because acting is my passion. I have acted in a few films and I am working towards making myself more relevant in the industry.

PT: Are you saying you will soon stop acting?

Hajara: No I wont stop acting at least not now. Not even my education will deter me. My dream is to one day be the first choice of every producer in the Kannywood.

PT: Who are you aspiring to be like in Kannywood?

Hajara: Jamila Nagudu and Hadiza Gabon are my idols. I like them a lot and I also like other actors.

PT: What is your favourite food?

Hajara: My favourite fruit is Apple. I can live on apples alone. I do not have a special food.