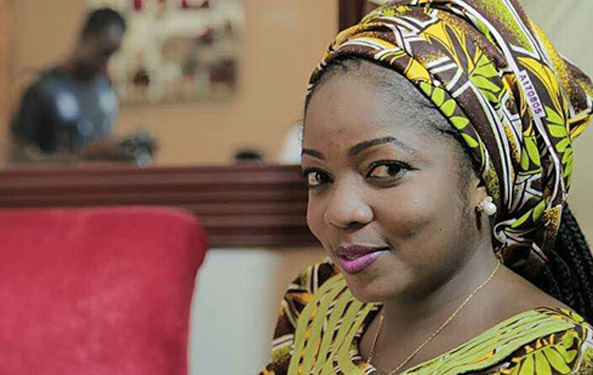 INTERVIEW: After Kannywood, my next big plan is getting a husband – Actress, Fati Garba

Kannywood actress, Fati Garba, has become a household name in less than four years. In this interview with PREMIUM TIMES, the Niger-State born actress speaks about her craft and passion for acting.

PT: What motivated you to become an actress?

Fati: I have always dreamt of becoming an actress and I pursued it till I became one. At a point I almost got frustrated. I tried to meet anybody who could introduce me to established Kannywood actors and producers but it never happened.

PT: Prior to becoming an actress, what were you doing?

Fati: I used to participate in cultural dramas and short films. But my dream has always been to become a Kannywood actress.

PT: How did you finally get there?

Fati: It still feels like a dream. A film producer friend invited me to his movie set and he also hinted that Adam Zango would play a major role in the movie. I couldn’t sleep that night. I couldn’t wait to meet Zango because he was one actor I had always wanted to meet in the movie industry.

PT: Did you finally meet him?

Fati: Yes, I met him in Zaria because that was the location where the film was shot. I was excited. I couldn’t believe that I would be acting alongside one of Kannnywood’s best.

Fati: After we rounded up the shoot, Adam Zango was so impressed by my acting that he invited me to Kaduna to feature in one of his films “Bayan Rai”. He gave me a lead role.  And that was the real beginning of actress Fati.

PT: Do you feel fulfilled?

Fati: I am extremely fulfilled having realised my dream. Today, I act with so much decorum and joy. That alone is a beautiful experience.


PT: How many films have you starred in so far?

Fati: Quite a lot. I have been acting for four years now. I think I starred in over 30 movies so far.

PT: Now that you have become a Kannywood actress, what’s next for you?

Fati: I am currently undergoing my National Youth Service in Kaduna. What I want to achieve next is to get married and I am really working on that.

PT: If you find a man today, will you marry him tomorrow?

Fati: Yes I will.

PT: Don’t you think marriage will obstruct your acting career?

Fati: I will not mind really. I have achieved what I have always wanted to do in life. I have acted in top Kannywood films. I have met great actors and good people. I have met Ali Nuhu, I have acted alongside my mentor, Adam Zango; I have met Umar Shareef and Abdul Shareef, to mention a few. All these are memories that will never be erased in my mind.

PT: Who are your favourite actors and actresses?

Fati: I have a crush on my favourite actor and I am not telling you his name, sorry PREMIUM TIMES. However, I love my colleagues equally. But, if you insist, I will say Aisha Tsamiya is one of my favourites.