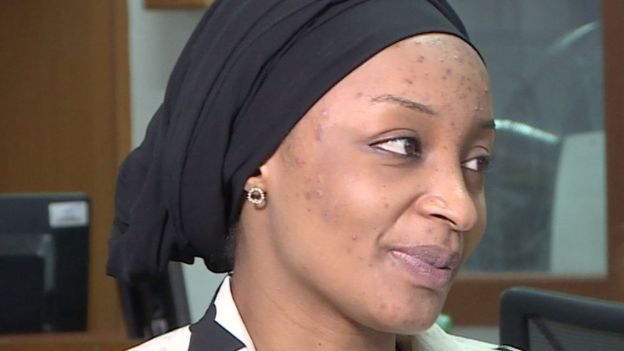 Nine months after she was expelled from the Kannywood film industry, actress Rahama Sadau says she never received a letter from Motion Pictures Association of Nigeria, MOPPAN, expelling her as reported.

MOPPAN, after an emergency meeting on the 2 October 2016, expelled the Kannywood hit actress.

Sadau’s offence was that she featured in a four-minute, 19 seconds romantic musical video by ClassiQ.

A communique issued by MOPPAN and signed by it secretary, Salisu Mohammed, stated reasons for Sadau’s expulsion.

“Sequel to the recent meeting in which a resolution reached by all guilds and associations under the unified body of Motion Pictures Practitioners Association of Nigeria (MOPPA). That Rahama Sadau has been expelled from the Hausa indigenous film industry popularly known as Kannnywood.

‎“This is as a result of her recent immoral appearance in a certain video song where she appeared in series of visuals (video and pictorial) hugging and cuddling the music artist ClassiQ in his newly released video,’’ the statement had noted.

In an interview with BBC Hausa, Rahama denied ever receiving any letter informing her of being expelled in the Kannywood.

“Just like you heard and read, that is also how I heard about it. Nobody served me with any letter of expulsion. When people asked why I haven’t been featuring in Kannywood films of recent, I told them that I have been very busy that is why. I travel a lot now and that has taken lot of my time. But I shall return fully soon,” Rahama told BBC Hausa.

In a telephone conversation with PREMIUM TIMES, the secretary of MOPPAN, Salisu Mohammed, said Rahama was actually served with the letter and he was sure she got it because she replied the MOPPAN.

“I want to tell you that Rahama said that for cheap publicity,” he said. “She was introduced as an actress and we have her file with people who stand in as her guarantors. I don’t understand what she meant by that. Rahama replied us explaining herself to MOPPAN and apologised. And subsequently also many of her fans and friends wrote to MOPPAN pleading that she should be pardoned. We replied her and all those who sought for her getting pardoned. Now that she is saying she never get all the letter. How did she reply the latter messages?’’

Asked if the organisation was considering lifting the ban any time soon, Mr. Salisu said the “right process” has to be followed.

“We are willing to do anything good for our people. If that is what she wanted, we will consider that and pardon her but she has to follow the right process and not saying she never knew about the expulsion,” he said.