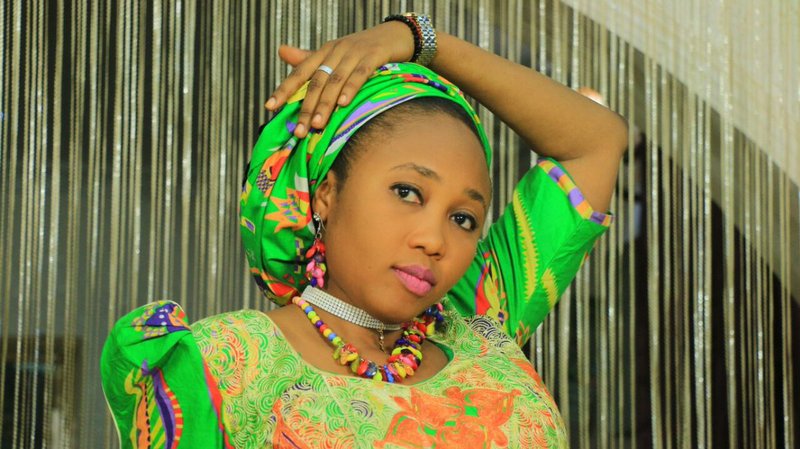 Ms. Umma, said this in a recent chat with PREMIUM TIMES Hausa. Her statement was a response to ZeeZee’s interview with the same paper wherein she described herself as the best actress in Kannywood.

Nonetheless, she has charged the present crop of Kannywood actresses to keep bowing to her because none of them can take her number one spot.

In the controversial interview with PREMIUM TIMES Hausa, ZeeZee was quoted as saying, “Nafi duka ‘yan matan Kannywood Aji” meaning,“I am the most superior to all of them in Kannywood right now.

But, Ms. Umma has called ZeeZee’s bluff and has also challenged her to return to Kannywood to see if she can make an impact.

PREMIUM TIMES’ Lere Mohammed caught up with Ms. Umma who is barely two years in the industry and the 26-year-old actress had this to say:

Umma: ZeeZee is just an ordinary actress even when she was an active player in the Hausa film industry. She was never better that Fati Mohammed, Safiya Musa and many others. I simply think she is just a zero behind a decimal point. She is looking for cheap popularity because her name is missing on the list of Kannywood A-list actresses.

PT: Don’t you think she said that because you guys are not good enough?

Umma: Yes she has her mouth and she is entitled to her opinion but to be frank, ZeeZee can’t match the present crop of Kannywood actors. I say this with all confidence because I have watched her movies. There was nothing spectacular about her acting or delivery and like I said earlier, we look forward to being as great as the likes of Fati Mohammed, Safiya Musa, Mansurah Isah and many others.

PT: So why do you think she made those comments?

Umma: You know some years back she was listed as one of the richest Kannywood actresses because she rode in a convoy of cars with personalised plate numbers. But, she thought that was all acting or being an actress entailed. Nobody knows the source of her wealth and she has gone bankrupt. She currently owns one car. Her acting was different and her earnings and investments was only known to her. I can’t go into details because I don’t know anything about her investments. Simply put, there is and was nothing special about ZeeZee.

PT: Don’t you think people might think you are simply being jealous of ZeeZee?

Umma: No, I am not jealous of her. I watched her films and there is nothing extraordinary about them.

PT: Do you think you can stand her if she decides to return to acting?

Umma: I will beat her hands down and this is not an empty boast. In her heyday she did what she could do, but she cannot make a simple impact right now. Yes, let me repeat it again she cannot fit in to this generation of actors.

PT: Do you think you are one of Kannywood’s best actors?

Umma: I am not. I have people whose acting skills and I admire and learn from them. They include Jamila Nagudu, Nafeesat Abdullahi, Fati Washa, Hadiza Gabon, Hafsat Idris, Aisha Tsamiya, to mention but a few. ZeeZee is not my match and neither are the aforementioned.

PT: On a personal note, do you like her?

Umma: Yes I do even as we speak. She is a colleague but she is not better than all of us. And I am challenging her to please return to the film industry so we can see what she can boast of, acting-wise.