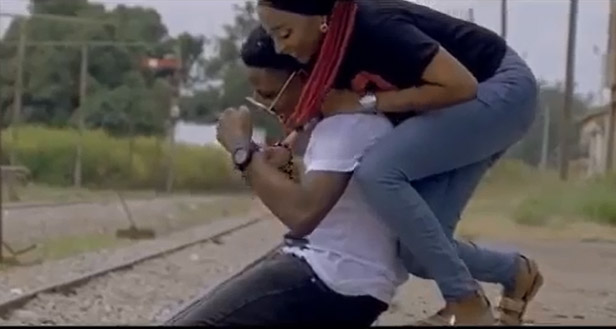 ClassiQ Speaks: I begged Rahama Sadau to feature in video that caused her expulsion

Jos born music star, ClassiQ, has told PREMIUM TIMES that he was not happy with what happened to popular Kannywood actress, Rahama Sadau.

Ms. Sadau was expelled from the Kannywood film industry for featuring in a romantic music video of ClassiQ’s new single ‘I love you’.

Her expulsion was announced on Sunday by MOPPAN, a coalition of associations that set rules and regulations governing the conduct of actors and actresses, as well as production of movies in northern Nigeria.

ClassiQ, who sounded remorsefully throughout, said he never thought things would turnout the way they did.

“I actually asked and begged Rahama Sadau to be part of the video because she is a popular figure in the entertainment industry and that is all. I wanted a popular face in the video,” he said.

“When the whole thing blew because of her appearance in the video, I got shocked. In fact I am still not myself till now. I am shocked by her expulsion.

“I keep feeling it is because of my video that she got expelled from the industry and that is not good at all. She is a good person.

“We are not in any way trying to prove a point or step on any body’s toe.

“It is strictly professional and look at what it has turned out to be for her. I am so worried and disturbed about it,” the musician told PREMIUM TIMES.

Meanwhile, a popular Kaduna-based film and music producer, Asino Handsome, said the whole issue was blown out of proportion.

” I think she should have been suspended and warned instead of expulsion. She is a great actress. The regulatory body should have placed her on last warning.

“Outright expulsion is not a good thing. I am appealing to MOPPAN to please revisit the sanction and help the actress.”

Rahama Sadau, who is yet to react to her expulsion, is expected to return to Nigeria from her vacation in India this week.

Elnathan John’s Naming of the Anonymous in Northern Skies

The stance of prominent Nigerians, groups on sale of national asset