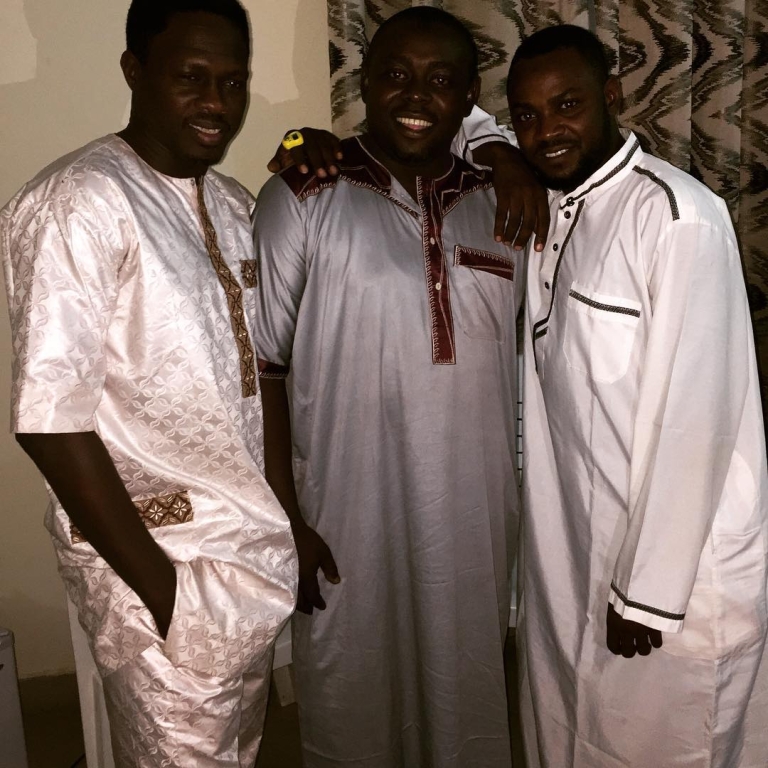 “In the spirit of Ramadan and Sallah, Adam Zango and actor friend Ali Nuhu are now happy good friends again,” said Hassana Dalhat, a movie promoter and an associate of the two actors.

Zango and Nuhu fell apart after the Rahama Sadau incident in February.

Rahama had accused Zango of seeking sexual favours from her as condition for being featured in his movie, “Duniya Makaranta”.

She wrote at the time on her Instagram wall, that “Declining Zango’s love advances will not take her down”.

However, she later apologised to Zango, who had denied ever offering Ms. Sadau a role in exchange for a relationship.

As an associate of Ali Nuhu’s, Rahama Sadau was believed to have been instigated by Ali Nuhu to disparage Zango.

Colleagues of the two actors confirmed to PREMIUM TIMES that they were not on speaking terms since the Sadau squabble.

But months after the row, the two actors have settled their differences in the spirit of Ramandan and Sallah, the colleagues said.

They told PREMIUM TIMES that they two met in Kano and took photographs together.

Also confirming the event, Mr. Zango wrote on his Instagram page that mischief-makers were behind the row.

Speaking to PREMIUM TIMES, colleagues and fans of the actors said, the action of the two celebrities is good for the industry, and the unity of its members.

“Since the Sadau, Zango incident, Ali and Zango have not been in speaking terms. They avoid each other and now that the fight is over, I think the industry will feel a sense of another fresh air,” said Hassana.

Osun workers insist on govt’s compliance with terms of agreement